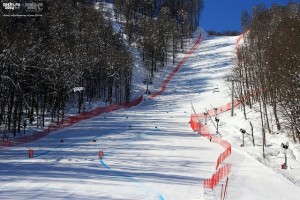 Last weekend two new countries – Andorra and Russia – held Ski World Cup events for the first time.  The ladies’ circuit enjoyed a highly organised and successful weekend in Soldeu-Grandvalira, even though Friday’s giant slalom was cancelled due to heavy winds. But the main focus for this weekend was on the Russian resort of Sochi, scene of the 2014 Winter Olympics. (You can read FamilySkiNews.com’s earlier report on Sochi here).

The challenging men’s downhill course was held at Sochi’s Rosa Khutor, which will become the future home of the Alpine ski events in 2014. It was raced for the first time this weekend and received high praise for its technical challenges and jumps. IOC Coordination Commission Chairman and skiing legend Jean-Claude Killy described the venue as “one of the most spectacular downhill courses on the World Cup circuit.”

The star of the weekend was Switzerland’s Beat Feuz, who won the downhill and came second in the super combined. The super combined was won by Coratia’s Ivica Kostelic, who had to undergo a cartilige operation the following day, after sustaining a knee injury during the race. 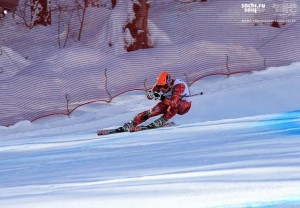 The organisers put on a top event, despite the ongoing construction for the 2014 Games and the tight security measures accompanying the visit of President Dmitry Medvedev. “We have now seen two of the most difficult sports events to stage on the winter Olympic programme take place on these new Olympic courses,” remarked Killy, after the downhill and super combined. “The fact that the venues have been so well-received is a credit to the five years of hard work undertaken by the local organisers and their partners, their teamwork and their ability to deliver.”

FIS President Gian Franco Kasper also commented: “It’s difficult to imagine how things have changed here in recent years. A lot has been achieved for snow sports. I remember going up to the slope on a dirt road, and there was nothing around. Now there are dozens of lifts and buildings, nice hotels, restaurants; it’s incredible.”

He added: “The alpine facilities are ready! There are of course things still to be improved on the slopes and logistics, but basically everything has gone really well during these Audi FIS Ski World Cup events. More lifts will be constructed from the valley and I’m confident that the infrastructure needed for the other FIS disciplines, Cross-Country Skiing, Ski Jumping, Nordic Combined, Freestyle Skiing and Snowboarding, will soon be ready for use.  Alpine Skiing is the first major winter sport to have now tested the Olympic venue…We hope that the discipline will soon boom in Russia with all these new facilities. After the 2014 Games, the FIS Technical Committees will certainly consider coming back here for more World Cup racing.”