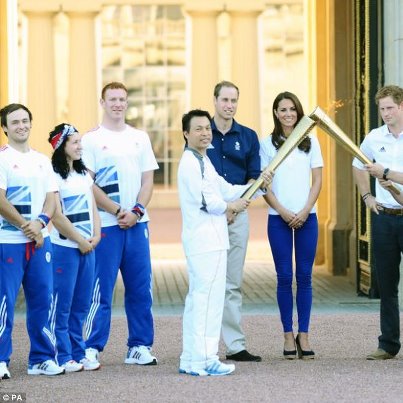 TJ Baldwin at the Palace

He is also one of 150 athletes on the Olympic Ambition programme, which aims to give future Olympians advance experience of the Games to ensure they are ready when it comes to their turn for glory.

Today, as part of the Olympic Ambition programme, he was putting his training aside for a royal engagement.

This afternoon he attended a royal reception with Prince William and Kate, the Duke and Duchess of Cambridge, as well as Prince Harry, as the torch arrived for its final overnight stop before the London 2012 Olympic flame is lit tomorrow. 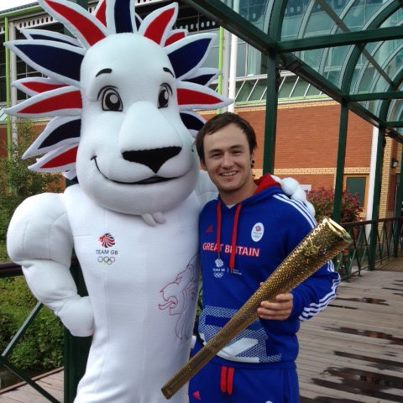 TJ with the Olympic flame

Baldwin comes from Norfolk, where he started skiing aged 6 at the Norfolk Ski Club dry slope just outside Norwich.

His first venture onto snow was in 2000, when he spent a week at the British Ski Academy in Les Houches, France, followed by several family ski holidays.  In 2002, he competed in the BARSC children’s races at Lenk in Switzerland, which earned him a place in the British Children’s Ski Team.

Since then he has gone from strength to strength, with a raft of titles and championships to his name.

He is currently training with the American ski team as he aims for a place at the Winter Olympics in Sochi, Russia in 2014.

Tonight on his Facebook page, he reflected on his Olympic afternoon at the Palace, commenting “What an amazing thing to be a part of! It was insane!”