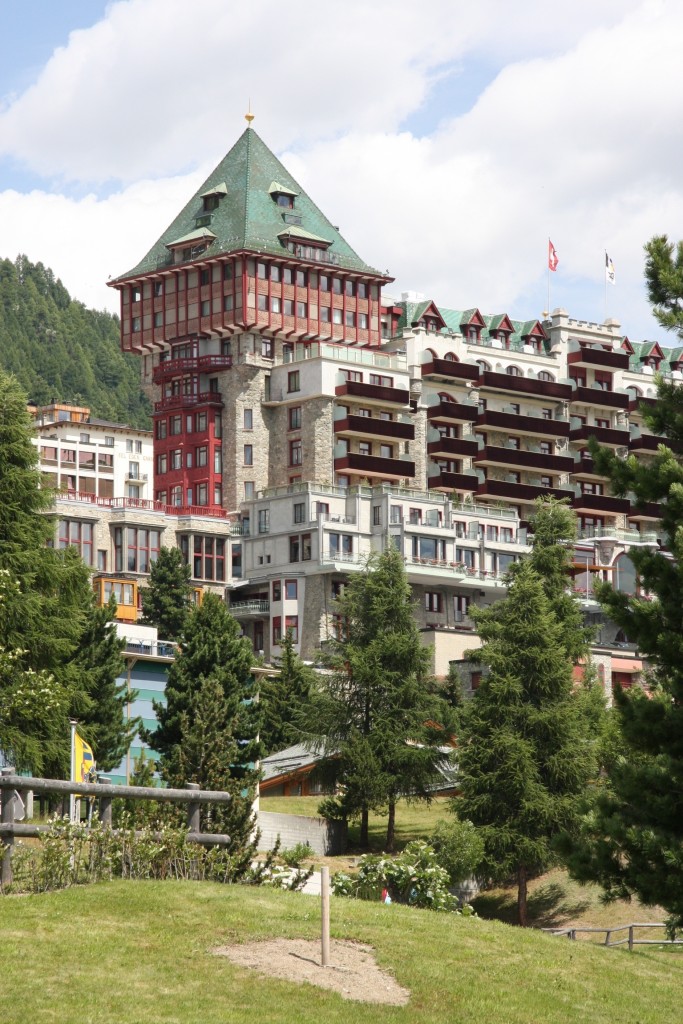 Ski pass included, even at Badrutt’s Palace Hotel – the most celebrated hotel in St Moritz

Next ski season, hotels in the Engadine (in the Swiss canton of Graubünden) are offering a “Hotel Ski Pass included” package to any guests staying at least two nights.  The pass will be valid for the duration of their stay and will cost just CHF25 per person per day.

This bargain offer means guests staying in the region’s hotels make huge savings on the price of a normal full price ski pass.

So why have they introduced this radical new offer?…

It would seem that the Swiss ski market is not appealing to overseas visitors at the moment, especially its European neighbours – and the Engadine is the part of Switzerland which is suffering the most.

Teresa Fisher, content editor for FamilySkiNews.com is currently staying in Pontresina in the Engadine, where she is investigating this marked reduction in hotel stays.

“It’s true, the Swiss hotel industry did clock a significant drop in overnight stays during last ski season,” she reports.

“Graubünden was hardest hit, with a drop of over 8%. They were followed by Valais and then the Bernese Oberland, both with drops of over 6% in overnight stays.  In fact, nine out of thirteen tourism regions suffered losses, in particular in the celebrated mountain resorts of these three regions.”

Even with last season’s superb snow conditions, this was the second year of poor statistics for these three key ski regions, as European visitor numbers dropped significantly.  A breakdown of nationalities shows a 10% decline in the number of Brits visiting Switzerland; Germans 16%, and Dutch 19%.

To balance the diminishing number of European visitors, the Swiss are reporting an increase of Asian visitors, in particular from China (up 37%) and Russia (up 7%).

Although decent snow conditions enticed the number of Swiss people staying in the country up by 0.1%, many ski resorts just over the border of Switzerland noted sharp rises in Swiss skiers and snowboarders looking to profit from the cheap exchange rate with the Euro.  The Austrian Tirol reported a 15.9% increase in Swiss visitors.

Let’s hope the Swiss Franc exchange rate improves in the foreseeable future.  In the meantime, check out these superb hotel-plus-pass deals – they are excellent value for money.