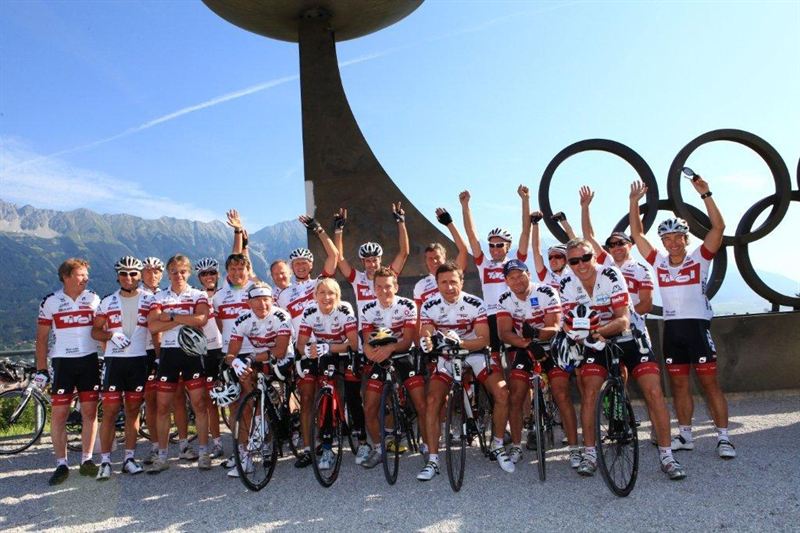 As Britain continues to bask in Bradley Wiggin’s glory winning the Tour de France for Britain at the weekend, it seemed only fitting that the Tirol cycle team successfully completed their charity cycle ride from Austria to London today – the day before the Olympics Opening Ceremony.

FamilySkiNews.com first reported on the 20-strong cycle team last month as they planned their trip from Innsbruck in the Austrian Tirol to London, to raise funds for Disability Snowsport UK.  You can read our report here.

The journey from Innsbruck to London is especially significant as the nation eagerly awaits the start of the Olympic Games tomorrow.  Innsbruck hosted the Winter Olympics in 1976 and 1964 and the inaugural Youth Winter Olympic Games earlier this year, as FamilySkiNews.com reported here .  With London hosting the Summer Olympics in 1908, 1948 and 2012, tomorrow it will join Innsbruck as the only two cities in the world to host The Games three times. 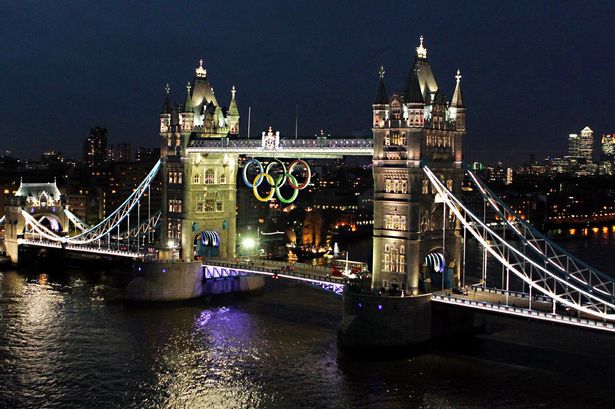 Endpoint: Tower Bridge tonight… on the eve of the Olympic Games

Today, they completed the cycle ride at Tower Bridge, before cycling on to Trinity House, in Tower Hill – which has been chosen to be Austria House for the London 2012 Games, and a base for the country’s athletes.

The Tirolean Tourist Board will also be running a public area there, bringing the Alps to the heart of London with a lively programme of events to celebrate Austrian culture and sport, and the Alps.

Click back for FamilySkiNews.com’s coverage of events there over the next couple of weeks.

In the meantime, if you would like to support the Tirolean cycle team, simply click here.  Donations are still being counted and received until Tuesday.  The total is expected to reach over £10,000, with £1,819 raised in the UK and the majority received through generous donations from Austria, Germany, Luxembourg and Belgium.