Exactly one year to Winter Olympics – what are Britain’s medal chances?

The Sochi 2014 Winter Olympic Games start exactly one year today.  So, what are the chances for Team GB in the various disciplines?

Despite substantial cuts in funding in recent months, we are optimistic that our winter athletes have a successful Games to look forward to. After the buzz of London 2012, the athletes are hungrier to compete in an Olympics than ever.  “It is an exciting time for snowsports in Great Britain” commented Dave Edwards, Chief Executive of the national governing body, British Ski and Snowboard.

So who are our medal prospects?  Here are the names to look out for over the next twelve months: 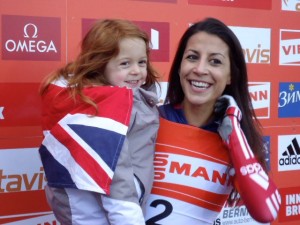 Then there’s James ‘Woodsie’ Woods.  He is currently world number 1 in ski slopestyle.

In Alpine skiing, Britain’s number one is Chemmy Alcott, who has recently returned to ski racing following an horrific crash.  Look out also for Dave Ryding, who is currently in second place overall in the Europa Cup Slalom.

In cross country, Andrew Musgrave is one of the sport’s rising stars, recently coming ninth in the Tour de Ski sprint. 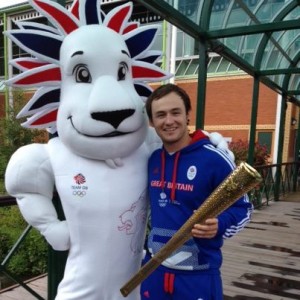 Other up-and-coming names to watch out for in individual events include snowboarders Billy Morgan and Zoe Gillings; freestyle skier Ellie Koyander and Britain’s Freestyle champion Katie Summerhayes (who we first reported on here, at the Youth Olympic Games in Innsbruck in 2012); downhill skiers TJ Baldwin and Ed Drake; and Emily Sarsfield in Ski Cross.

Our men’s curling team is currently second in the world rankings, the women are seventh, and clinched a silver medal at the European Championships in 2012.  We also have a strong British 4-man bob team and our GB ice hockey team are on the brink of making history this week: If they win the Olympic Qualification Tournament in Latvia, they will become the first British ice hockey team to compete at an Olympic Games since 1948.   You can read more about their challenge here.

Today’s announcement that property advisor, Delancey, is to be the new headline sponsor for the British Alpine Ski Team is excellent news.  Delancey will back the team and provide much needed funding if these Alpine athletes are to realise their dreams in 2014.

There’s no doubt, the London 2012 Olympics is going to be a hard act to follow, but here at FamilySkiNews we will be following the preparation of Team GB, and wish everyone the very best of luck in their training over the next 365 days!

Is Greenland the new Iceland?