The Olympic torch is currently making its 70-day journey around the country.

It is being carried by 8,000 torchbearers, from all walks of life.  These include a number of Britsih snow sports athletes – Chemmy Alcott, Ed Drake, Katie Summerhayes and Ellie Koyander.  You can read more about them and when their forthcoming dates in the torch relay in our earlier 2012 Olympic torch report here.

Yesterday, the torch was carried through the city of Bath by a less well-known name in British snowsports, 41-year-old Talan Skeels-Piggins. 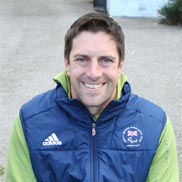 Talan is a paralympic skier who has already represented his country at the Paralympics.  The statement from the person who nominated him as a torchbearer has been published.  It reads:

“When Talan taught in my school he was the only teacher that got me interested and enjoying rugby, this was before he had his accident. Since having the accident he has become even more inspirational a lot more people.”

“He has just retired from competitive skiing after taking part in two world championships and a winter Paralympics for Team GB. He is now coaching skiing to both the disabled and able bodied person, mentoring current athletes, and he is going into schools talking about disability awareness and the opportunities that it can provide.”

“Recently Talan has set up a charity (The Bike Experience), in this charity it teaches disabled motorcyclists to get back on the bike using specially adapted motorcycles. If anything Talan has become more of an inspiration after his accident than before. This is the reason for being nominated, for not giving up.”

Here is an astonishing and inspirational film about Talan and how, from the depths of despair, he tackled his life-changing injuries and became a paralympic athlete:

A massive crowd of around 70,000 people packed the streets of Bath to catch a glimpse of Talan with the torch. 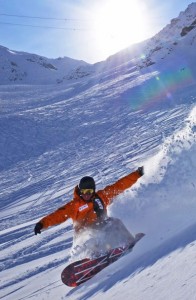 Amongst other torchbearers for the day was the young British snowboarder, 20-year-old Jamie Barrow.  Nominated for his work holding motivational talks in schools, Jamie also basked in his few minutes of glory as part of the 8,000-mile torch relay.

After the even, he remarked on his Facebook page: “had an amazing day yesterday carrying the LONDON 2012 OYMPIC TORCH!! thank you soo much for everyones support! it meant soo much to me!”

Another man also involved with disability snow sports, like Talan, and scheduled to carry the torch later in the relay is 60-year-old Robbie Young.  He will be carrying it through Inverness on 11 June.
Robbie was nominated due to his lengthy commitment to adaptive skiing.  He has been involved in running the British Disabled Ski Team and has also been the team’s technician.  An Olympic veteran, he was also involved in the Turin and Vancouver Winter Olympic Games.

We will be featuring Robbie on the website on 11 June – the day he carries the torch.  Click back then to find out more about Robbie and his long-term service to skiing then.