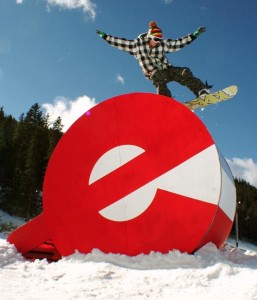 The terrain park at Echo Mountain

Here’s the perfect gift idea for the skier who has everything….. Echo Mountain ski area in the USA is up for sale by auction in early August!

The small resort, straddling Squaw Pass, just 35 miles from downtown Denver, was purchased for $700,000 by Jerry Petitt, a Maryland hotelier, in 2002.  And he’s now looking to sell.

“We’ve had six straight years of steady growth, he said to the Denver Post newspaper, “but to reach the next level, Echo needs investment and expansion. And it’s time for new ownership to take it to that next level.”

The statistics certainly add up: Echo Mountain has expanded from 12,000 visits in its first season (2005/06) to 32,000 last season – a record year for the resort (even though Colorado Ski Country reported nearly a 12% drop in visits overall).  Echo also has a good snow record and is also an excellent prospect for development: it’s on private land and less than a third of its 226 acres have been developed.

Under Petitt, Echo Mountain has developed into a highly-successful, small family-centric ski area, with two base-area buildings, three lifts, 16 runs, a terrain park for free riders, top-tier snowmaking and lights for night skiing. While other small resorts have struggled to compete with Colorado’s massive mountain slopes, Echo has thrived – due to its proximity to Denver; its great family atmosphere; and its affordable prices. 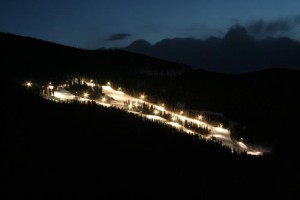 There’s also the hugely-popular weeknight floodlit racing four nights a week attracting ski teams from much bigger areas (including Loveland, Winter Park and Vail, as well as many children from the local high schools. As local alpine coach Fred Nolting remarked: “In four years we’ve been doing it, the kids have performed very well, and they are competitive. In the past, it was difficult to get anybody who was a part-time skier to compete in the Junior Olympics. Now we can do it, thanks to Echo.”

If that all sounds a bit too good to be true, or if Echo Mountain doesn’t appeal, perhaps you’d consider two other resorts which have been on the market for over a year: Jackson Hole’s Storm King (465 acres, including a 204-room hotel) and Utah’s Brian Head?!

The Echo Mountain auction will be conducted with sealed bids by the Denver office of international auctioneering firm Sheldon Good & Co. Find out more at echomtauction.com and get your bid in by 2 August!

In the meantime, rest assured – if bidding doesn’t reach the undisclosed reserve price and the resort remains unsold, Petitt won’t be closing the ski area! 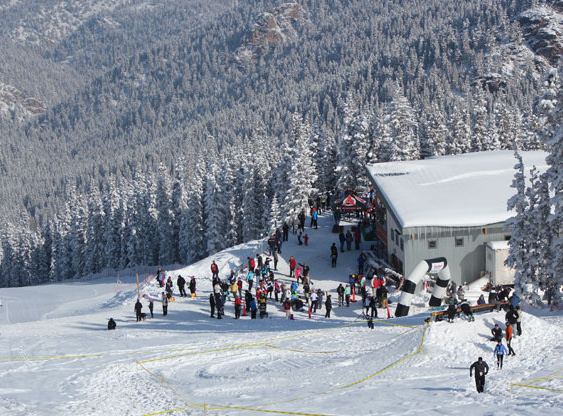