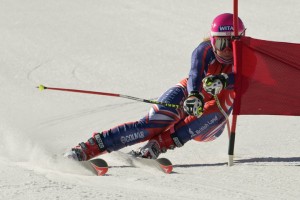 Chemmy Alcott has been blogging this week in London’s Metro newspaper.

She has been contemplating the trials and tribulations of aspiring Olympians hoping to get picked for those last elusive life-changing places in various teams to compete in front of a home crowd at the world’s biggest sporting event.

For Britain’s top female downhill skier and former Olympian, the past few months have been a roller coaster for her too.

As she described in Metro: “Speaking on a personal note, my horrific crash in 2010 was one of the toughest things that I have ever had to overcome. I now have just 20 months to get back to peak performance for my next Olympics, Sochi 2014.” 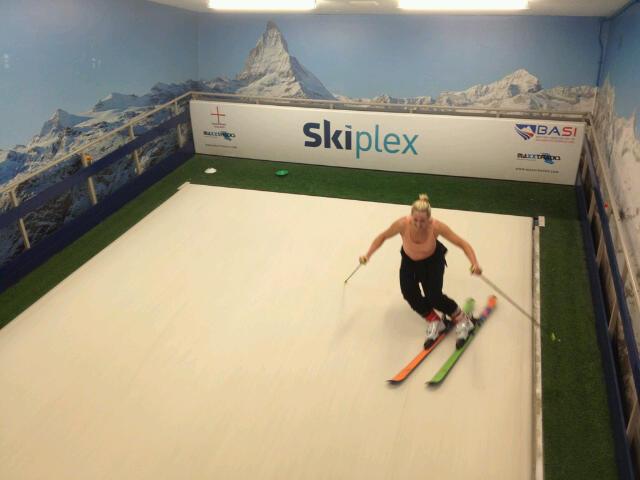 Chemmy - putting in the turns at the Chiswick Skiplex

FamilySkiNews.com was delighted to report that Chemmy was back on skis this May (as we reported here) and that she is once again training hard to reach the top of her game.

It’s going to be tough though. Since May, it’s been revealed that she will receive little funding from British Ski & Snowboard (BSS), the governing body of ski racing, who have decided to put most of their efforts into backing ski and snowboard slopestyle, where they believe Britain has a better chance of medal success. Great news for British freestylers Jamie Woods, Zoe Gillings and Jenny Jones; but frustrating for Chemmy, who now needs to finance her own race programme. Ideally she needs a big corporate sponsor to front up the £75,000 required to return to her top racing form. 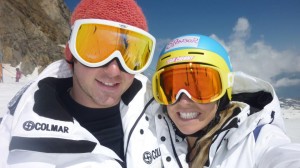 Chemmy in Kaprun with boyfriend and downhill skier Dougie Crawford

Chemmy recently returned from her first ski training camp since her crash – in Kaprun – where she wrote another blog at the top of the poma on the glacier, which we quote word for word here… It certainly makes inspiring reading for all those injured sportsmen and women and for all Olympic hopefuls:

“As the slushy spring snow and hail batter my face the only reminder of the last bizarre 17 months is the slight throbbing pain at the top of my ski boot where the metal work is getting used to this new, rather severe pressure.

Throughout it all I am smiling.

The feeling of being back where I belong shines through the dense fog. Being the only racer enthusiastic enough to venture up the mountain, the progression of my skiing is easy to monitor by the tracks on the piste.

Every time I ski over a softly arched but perfectly carved turn I think back to how I got to feeling so very proud of the simplest thing. Something that 2 years ago would have seemed the very norm!…

…I think back to the first time I stood and walked on my right leg. That truly was a golden day!

I dwell upon the chance that Torvill and Deane took with me by giving me a place on this year’s Dancing on Ice and at their genius idea to partner me with the fabulous Sean Rice – an angel sent to get me back to where I am today.

At the back of my mind I think of all those who have written me off, from the press (which was almost to be expected since the GB tabloids love drama) to my very own ski federation who have chosen not to help with my comeback in any way.

I am still ranked 8th in the world. I have shown I have the drive and determination which would have beaten many others and yet they still remain unsupportive. What hurts is that instead of helping me they are helping athletes ranked 500 places worse than me! But I will fight with them no longer for I am not doing this for them.

I am doing this for me.  And for those who have remained supportive, for the friends and sponsors who have stuck with me throughout this whole crazy journey. 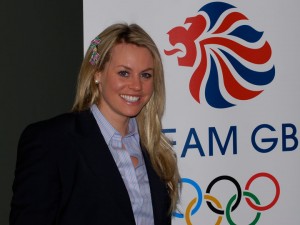 I am so thankful to the Canadian Ski Team who have again invited me back to their fantastic, professional and successful set up.

This year, if I don’t secure a head sponsor, it is going to cost me personally around 75k to ski. Now show me another athlete willing to sacrifice that and I will applaud them.

I don’t know what lies ahead but I know how great a joy I am getting from realising that me and skiing, we are far from done!”