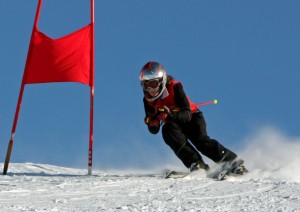 The final events of the 2012 International Children’s Racing programme have taken place in the past two weeks.

The main races on the busy schedule include the Topolino in Trento (Italy), Pinocchio in Montecatini (Italy), Ingemartrofén in Tärnaby (Sweden), the Whistler Cup in Whistler (Canada), La Scara in Val d’Isère (France), Trofeu Borruffafrom in Andorra, Skiinterkriterium in Řicky (Czech Republic), Bambi kup (Serbia) and Pokal Loka (Slovenia).  This month’s events are the climax of the racing year.

This was followed several days later by the 20th Whistler Cup in British Columbia – an annual event for 11-14 year olds, including boys’ and girls’ combined, super-G, slalom and giant slalom races. 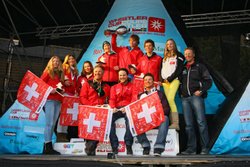 The Whistler Cup is the only international ski racing event for children in North America, and this year attracted 250 of the world’s top young skiers, divided into teams of three boys and three girls.  While the Canadians usually claim an overall victory in the nations’ standings, this year the Whistler Cup was won by the Swiss. Canada came a respectable second, with Italy in third place. 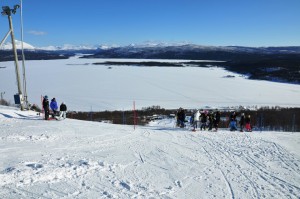 View from the the slope at Ingemartrofen

The final event of the International Children’s Racing calendar was the Ingemartrofén on 13-15 April in Tärnaby, Sweden. 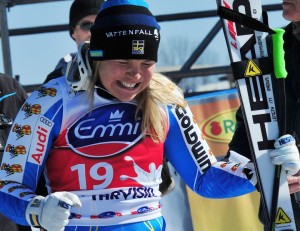 In 2007, local girl Anja Pärson became the first person ever to win championship gold medals in each of the five disciplines of Alpine ski racing.  She retired from the World Cup circuit at the FIS World Cup Finals in Schladming last month with an Olympic gold, seven world championship medals and 42 World Cup gold medals.  Both were present for the opening ceremony of Ingemartrofén.