Do you dread travelling with your little ones?

Imagine how Sarah Blackwood, lead singer of Walk off the Earth must have felt yesterday, when United Airlines ejected her off a flight from San Fransisco to Vancouver, allegedly because her two-year-old son was crying.

This must surely be one of the worst imaginable travel scenarios for many anxious parents. 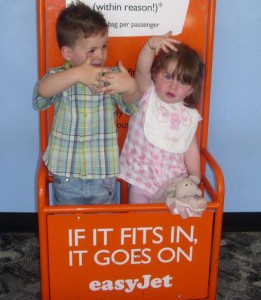 Some turned to social media to call for a boycott of the US carrier. Others praised the airline for removing the child, saying other airlines should follow its example. Such tweets emerged as “Keep your baby at home next time…. Children shouldn’t even be allowed to fly until they reach the age of 5…. Noone likes to see a baby on their flight.”

Apparently, the little boy started crying loudly as the aircraft taxied to the runway. Blackwood, who is seven months pregnant, was unable to calm him so the crew ordered the plane back to the stand.

Blackwood, who was sitting in a window seat, told US news channel CBS that it would have been impossible for her son to be in the aisle. She later wrote on Twitter: “Just got kicked off a @united flight because my son was crying really loud. Stayed calm but overall #Discrimination #motherhaters @united”

It took 75 minutes for airline staff to remove the mother and child and offload their bags. An airline spokesman claimed the child had to be removed as he was not seated and during the taxi he was repeatedly in eth aisle of the aircraft, which is against federal regulations.

The airline added: “While our crews work to make travelling safe and comfortable for all travellers, particularly families, the crew made the appropriate decision to return to the gate in the interest of safety.”

If you dread taking your youngsters on public transport and if this story is your idea of holiday hell, then do not fear… FamilySkiNews can help you!

It’s all about being ultra-organised and allowing yourself plenty of time. There’s so much to be said for the maxim “CALM PARENT, CALM CHILD”. 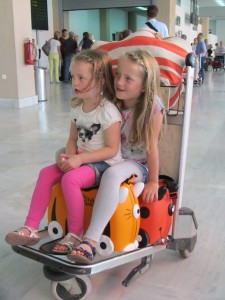 Things can start to go wrong before you even get in the terminal building so, for starters, check out “FSN’s top five tips for airport parking”, and make sure you don’t arrive late.

Click HERE to see our “Flying with little ones” guide – a useful checklist of hand luggage essentials.

Have a look at our “Tips for stress-free flying with kids” for loads of practical suggestions for getting into the airport buildings and smooth checking-in as well as flight tips.

Then there’s “Baby on Board”, specifically for infants, with suggestions for train, plane and car travel plus tips for feeding whilst on the move.

Finally, do read our feature “Entertaining the kids en route”, with a multitude of tips and travel games for families on the go.

Whether you’re flying to the mountains, the city or a sunny summer beach holiday, all these features should arm you with ideas and organisational skills to help make your family travels run as smoothly as possible. Keep calm, good luck and have a great holiday!