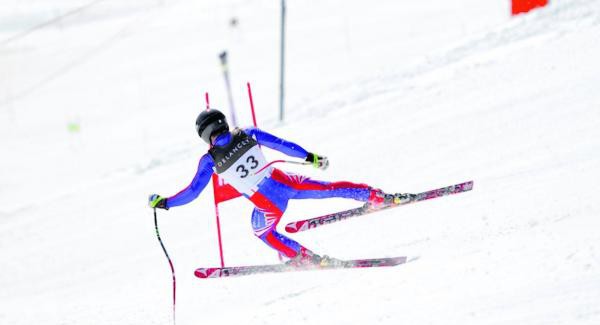 After the success of our British athletes at the Sochi Winter Olympic Games last year, expectations for the 2014/15 winter season were especially high across all snow sport disciplines, but the British Ski and Snowboard Teams didn’t disappoint.  In fact, it’s been a top season in a surprisingly large number of different disciplines.

The season has delivered many highlights, including podiums at World Championships and international competitions for the GB Park and Pipe athletes: British Alpine skier Dave Ryding challenging for top 20s on the World Cup circuit on a regular basis; top 20 World Cup results for two of our Cross Country skiers; and a Bronze medal for Jaz Taylor in the Telemark World Championships. 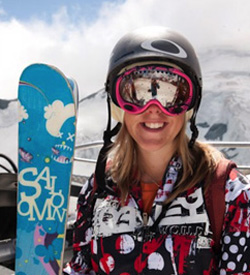 Katie Summerhayes had one of the top performances of the season for the GB Park and Pipe Team, taking the Silver medal at the World Freestyle Ski and Snowboard Championships in Kreischberg. She then topped this with two Silver medals at last month’s AFP World Champs in Whistler in Slopestyle and Big Air.  Her sister, Molly, 17, also shone, winning the Ski Halfpipe title at the World Junior Freestyle Championships in March.

After a season of pushing limits and battling a hip injury, James ‘Woodsy’ Woods ended the season back on top, taking Silver in Big Air at the AFP World Champs to add to his earlier 5th place at the X Games in Aspen.

GB Park and Pipe skier James Machon achieved a career best this season, with his 8th place in Ski Halfpipe at the World Champs in Kreischberg.

Aimee Fuller also secured a podium finish at Spring Battle at Absolut Park where she shredded her way to Bronze.

Jenny Jones has also had a whirlwind season since her Bronze medal in Sochi over a year ago, and competed towards the end of the season at the iconic Nine Queens event alongside the world’s best female ski and snowboard stars, including Aimee Fuller and Katie Summerhayes.

In Alpine Skiing, Dave Ryding claimed two top 20 finishes in Slalom World Cups – 16th in Madonna di Campiglio and 17th in Are, and three top 30 finishes. This means he’s now in the world’s top 100, and he’s hoping to start next winter season in the top 30 seeds for Slalom. 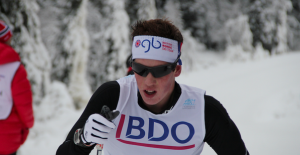 In Cross Country, Andrew Musgrave has far exceeded anything ever achieved by a British Nordic athlete when he was the fastest skier in a World Cup race at the Tour de Ski. He also finished 3rd in the Norwegian Championships in the 10km in late March. Musgrave is considered one of the brightest talents on the World Cup circuit at present. Hot on his heels is team-mate Andrew Young, who is having his best season to date, including a top 20 finish in a World Cup race in January in Val Mustair.

Aerials skier Lloyd Wallace had his best season to date. After landing his first ever triple in the Aerials competition last year, he ended second in the overall Europa Cup standings (the first time we have ever had a British athlete in the top three). Lloyd also claimed Bronze at the World Junior Freestyle Championships in Valmalenco.

British Moguls Skier Ellie Koyander also had an excellent season on the Europa Cup Circuit. With seven podium finishes, including a win in the Dual Moguls in Are, Sweden, she came second overall. 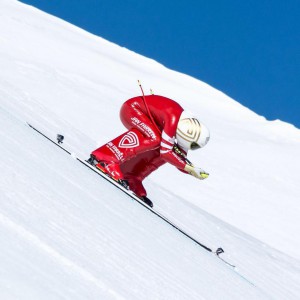 Meantime, Jan Farrell, British Speed Skier, beat his own personal best result earlier this month with a time of 231.660km/h, 20km/h over his previous record, narrowly missing out on the British record. This rounded off Jan’s first FIS World Cup season in S1 category, in which he finished 6th.

In the snowboarding team, there were some impressive results from 17-year-old Rowan Coultas who made two World Snowboard Tour podiums, finishing 2nd at the Slovakia Snowboard Festival Big Air and 3rd in the Red Bull Nanshan Open.

But top honours must surely go to Billy Morgan this season who stole the show in April, when Billy landed the world’s first Quad Cork on a snowboard, as we reported in an earlier story HERE.

There’s no denying, it’s an impressive list of results across the board for the 2014/15 season and there are lots of top new talent emerging, with names to look out for in the U21 squads including Isabel Atkin (third in the Laax’s European Freeski Open); Jack Gower in Downhill; Women’s British National Alpine Champion, Cara Brown in Super G; British Ladies Slalom and GS champion, Alex Tilley; and Max Baggio (pictured top), who won the overall British National Alpine Championships title.

With such promising achievements across so many disciplines, the future looks rosy for British snow-sports. It also shows what a difference some decent support makes, thanks to British Ski and Snowboard (the national governing body for skiing and snowboarding in the UK) and their sponsors Delancey and UVEX.

So roll on next season… let’s keep this positive trend and hope to see even more British skiers and riders on the podiums at world events in 2015/16.

Don’t just shove your end-of-season ski kit into the loft!