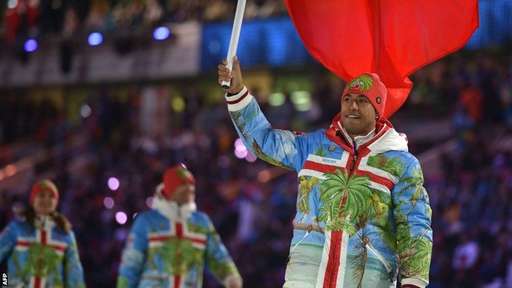 A Tongan, Bruno Banani, made history today – it was the South Pacific island’s Winter Olympic debut.  However the world seems far more interested in his pants than his luge performance!

There are also three Independent Olympic Participants – all from India.  They are competing as ‘independent athletes’ under the Olympic flag, as the Indian Olympic Association was suspended by the International Olympic Committee in 2012 due to corruption and non-adherence of IOC rules. 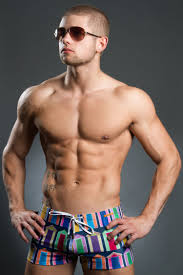 Today it was the turn of 26-year-old Bruno Banani to make history in the men’s luge as the first Tongan at the Winter Olympics.

Banani was a computer science student and member of the Tongan military until he responded to a competition launched by Princess Salote Mafile’o Pilolevu Tuita, to find an athlete to represent the nation at the Games.  Originally called Fuahea Semi, the son of a coconut farmer, he moved to Germany in 2009 to train with the German national squad and changed his name to Bruno Banani in the hopes of getting sponsorship from the German underwear company of the same name.  It worked!

Last night he carried the Tongan flag at the opening ceremony and today he completed his first luge run.  Not a record time and, let’s face it, he’s unlikely to win a medal… but hopefully his performance won’t be pants!