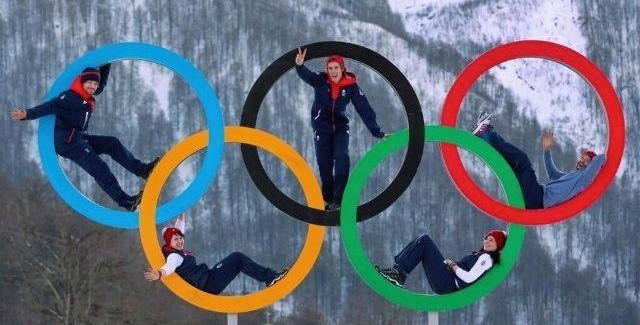 The Olympics have started … one day early!

Although this common practice at the Summer Games, it is the first time in 30 years that a Winter Olympics begins a day before the opening ceremony.

It seems a fitting start that the first even of Sochi 2014 is a brand new discipline: slopestyle qualification see our report on the day’s events HERE).   A number of Britons will start their Sochi medal campaign today in this event including Jenny Jones, Aimee Fuller, Billy Morgan and Jamie Nicholls.  Also competing today from the UK are figure skaters Stacey Kemp and David King.  We wish them all the best of luck! 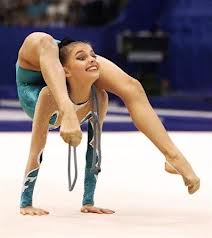 Alina Kabaeva – one of Russia’s most celebrated gymnasts, romantically associated with Putin for years

In the meantime, it’s full steam ahead for the Opening Ceremony tomorrow.  The Olympic torch arrived yesterday after a record-breaking journey which took it to the bottom of the world’s deepest lake, to the top of the highest mountain in Europe, to the North Pole and, most spectacularly, into space, as we reported in an earlier story here.

Amusingly, although it was the longest torch relay in Olympic history, the flame also went out a record number of times!

There is great speculation who might be chosen to light the Olympic Cauldron tomorrow afternoon at the opening ceremony.  Many believe it could be Alina Kabayeva, 2004 Olympic rhythmic gymnastics gold medallist.  She’s one of the most decorated gymnasts in Russian history, so she’s certainly in with a chance for this prestigious honour.  She is also Vladimir Putin’s alleged girlfriend!…