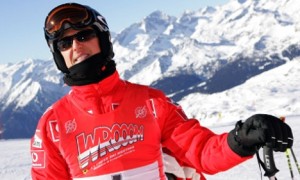 The F1 racing driver is no longer in a coma and has been moved to a hospital in Lausanne.

The BBC confirmed reports earlier today that the seven times F1 world champion is out of his coma and is now in the University Hospital of Lausanne where, according to his manager, “further rehabilitation will take place away from the public eye.”

For months he had been in a medically induced coma in a hospital in Grenoble, France, as we reported in an earlier story here.  The 45-year-old racing driver was air-lifted there having been critically injured in a ski accident 170 days ago, on December 29th 2013, in the French resorts of Méribel, whilst skiing with his son and friends.  It is thought he struck his head on a rock while skiing off-piste – sustaining life-threatening head injuries, despite wearing a ski helmet.

The rehabilitation clinic in Lausanne is 20 miles from the Schumacher’s family home on the shores of Lake Geneva in the Swiss canton of Vaud.  No details were given on his current condition or his next phase of treatment.  It is unclear whether he is breathing spontaneously but it is believed that he has lost a quarter of his body weight since the accident; that his muscles and joints are massaged daily; and that he will continue to be fed intravenously for quite some time.

He can apparently can see and hear, and reports from Germany are claiming that Schumi is now ‘communicating’ with his wife and children, although this has not as yet been confirmed.  However, medics are still erring on the side of caution.  Tipu Aziz, professor of neurosurgery at Oxford University commented that he was “better than he was” but that “a full recovery is extremely unlikely…”The fact he was in a coma for so long … we can assume that he has had quite a bad injury. People don’t tend to make a full recovery from that sort of injury.”

Dr Ganesh Bavikatte, an expert in neuro-rehabilitation medicine in Liverpool, is also cautionary, reporting in the Telegraph “We are not talking about recovery in days and weeks, but months and hears.  But there are hopeful signs.  He is physically fit, he is relatively young and I assume that he did not have many pre-existing medical conditions. 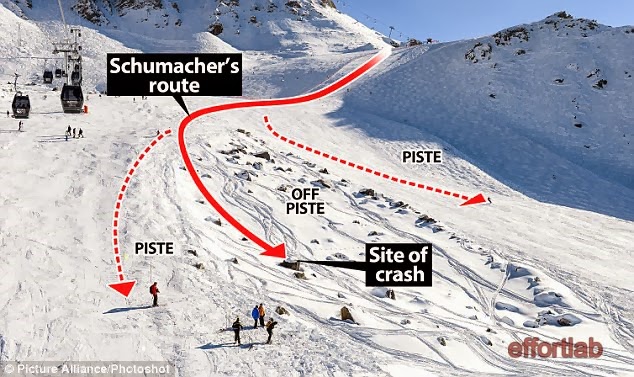 “Psychologically, people who are very driven and who are focused on achievement often do better in physiotherapy. I always say there are two stages to recovery after severe traumatic brain injury. The first is saving life and the second is achieving quality of life.

“The major thing is that this is a long drawn process and support is needed not just for him but for his family as well. It’s an uncertain journey ahead.”

Here at FamilySkiNews, we continue to wish him a steady recovery!…