Snowboarder Jenny Jones won Britain’s first and only Olympic medal on snow at the last Winter Olympics in Sochi in 2014, when she won a bronze medal in Slopestyle.  Now, for PyeongChang, we’re sending our biggest team ever.  So can TeamGB improve on that medal haul this time round in PyeongChang?  What really are our chances?… 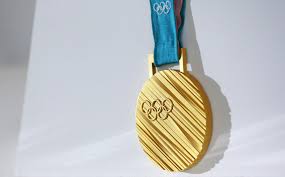 Prior to the Games, UK Sport announced that it’s aiming for the country’s largest haul of medals at the Winter Olympics and the Winter Paralympics in March.

In Sochi, TeamGB came away with four medals and this may yet be upgraded to five – the four-man bob team is expected to receive a bronze medal after the disqualification of a couple of Russian teams. The Paralympic team won six medals in Sochi, including Britain’s first winter Paralympic gold medal  – in the Women’s Super-G from alpine skier Kelly Gallagher and her guide Charlotte Evans. 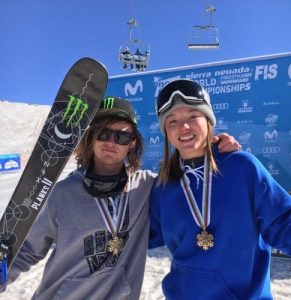 Woods and Atkin – victorious at the 2017 World Championships

In other disciplines, medal prospects to watch out for include the defending Olympic Champion Lizzy Yarnold; figure skaters Nick Buckland and Penny Coomes; short-track speed skater Elise Christie; the bobsleigh teams and the curling teams.

Mike Hay, chef de mission for Team GB said: We’re a non-Alpine country so we’ve got our own targets and we feel we’ve got a team that can create their own history there.  We need to get to around six, seven, to become a top-15 nation, and that to me is a credible winter sport nation, that’s where we’re striving to get to.”

Fingers crossed – this could be our best Winter Games to date. 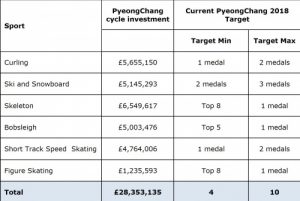