GB misses out on historic gold 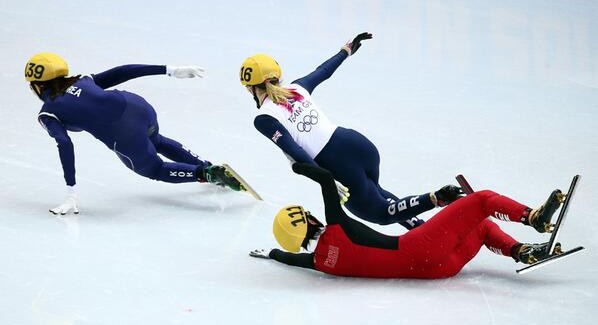 In the Cube, the male curlers led by skip Dave Murdoch had to be content with the silver medal after a frustrating match against defending champions, Canada, who convincingly won 9-3.  They had hoped to make history, winning the first mens’ curling gold medal for GB since the inaugural Winter Olympics in Chamonix in 1924.

Of course, we must not lose sight of the fact that an Olympic silver is an amazing achievement.  However, it comes at the end of a match lost – perhaps a flaw in the Olympic finals system, where a gold is a victory and the silver is the booby prize for the losing team!

Several hours after the curling defeat, 23-year-old medal hopeful, Elise Christie, took to the ice for the 1000m short-track skating semi-final – her favourite distance.  Hard to believe, but she was penalised yet again in her 1,000m short-track skating semi-final.  She had already suffered a disqualification and a ‘did not finish’ in her previous events, as we reported in an earlier story HERE.  Now, in today’s 1,000m race, she received yet another disqualification, much to the amazement of all the commentators and fellow team members.  She was judged to have allegedly impeded Chinese competitor Jianrou Li.

After the race, and fighting back the tears, she said: “I really wanted to bounce back [from earlier Sochi failures] and was so pumped to do it for everyone and for myself.”

“To have the chance taken away – whether I had won a medal or not – is devastating.  I have been so proud of watching the other team GB guys compete and wanted them to be proud of me.”

Poor Elise has to be the unluckiest athlete at these Games.

She had gone into the 1,000m race as one of the favourites for gold.  Had she won Team GB’s fifth medal, it would have been the best ever medal haul for the nation in any Winter Olympic Games. 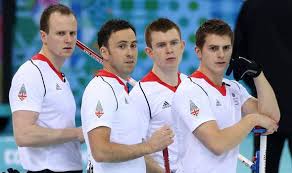 The current GB tally of four equals the total they won in those 1924 Chamonix Games – thanks to Jenny Jones winning bronze in snowboard slopestyle; Lizzy Yarnold clinching Skeleton gold; and the two medals won by the curling teams –  bronze for the women yesterday, and silver for the men today.

Britain has now just one more realistic chance to make Olympic history – with their four-man bobsleigh team.  The team won a silver at the World Cup last December.  Fingers crossed for them.  They start their bid for gold tomorrow!