Can you believe it?… there’s too much snow in the mountains.  Some of Europe’s largest ski resorts are closed due to too much snow.   Who would have thought! Teresa Fisher reports… 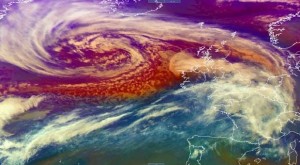 Storm Eleanor – largely responsible for such extreme weather in the Alps

It’s true… some of Europe’s biggest ski resorts are fully or mostly closed for skiing and boarding today as severe weather continues to batter the Alps, due to Storm Eleanor. The worst region affected is the Western Alps, with heavy snow and tempestuous winds interspersed with freezing periods and warmer periods with torrential rainfall.

Europe’s highest ski area, Val Thorens has experienced winds approaching 200kpg (125mph) and over two metres of fresh snow in the past couple of days alone. They advised skiers that the safest place to be was indoors in their accommodation, closed most of the slopes (including the 3 Valleys links) and issued a curfew from 10pm nightly, advising people to keep well clear of snowslides off roofs, and declared that no cars would be allowed to leave the carpark until today.  The road up to the resort has been closed intermittently for avalanche hazard mitigation and even the free resort shuttle bus network has been closed down to enable snow clearers to work.  Avalanche danger has been at maximum. 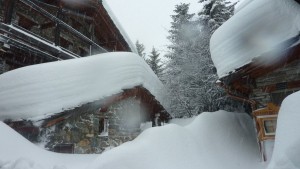 Some other resorts shut down completely when the storm was at its worst.  As well as Val Thorens, Tignes and Val d’Isere in France were both completely inaccessible – Val d’Isere reported winds of up to 125kph – and most of the massive Paradiski region (embracing Les Arcs and La Plagne) was closed down, due to high winds and too much snow.  A treacherous combination.

Beyond France, other European ski resorts have closed down due to too much snow including Avoriaz in the Portes du Soleil ski area, Valmorel and Alpe d’Huez in France, Kaunertal in Austria (the links between Ischgl and Samnaum were closed too), and Cervinia and the entire 4 Valleys in Switzerland.

All this snow has a silver lining, of course.  Once storm Eleanor has passed through and the Alpine weather systems have settled, there promises to be some of the best skiing in the Alps in years.  Beware avalanche risk though – it’s at maximum height at present in many resorts – and, above all, stay safe.