Our teenage reporter, Katie Campkin, recounts her experiences travelling as part of a group of seventeen teenagers (no adults!) on a Neilson package holiday to Les Menuires (in the 3 Vallées, France) – focusing on the skiing and, of course, the party scene.

As a group of bleary-eyed 17 and 18 year olds found their way to the check-in desks of Gatwick, it wasn’t hard to see the surprise on the faces of our fellow travellers.

Package holidays to Les Menuires in France probably don’t typically attract 17-strong groups of adolescents in their last year at sixth-form college and the melee of families around us was understandably apprehensive. 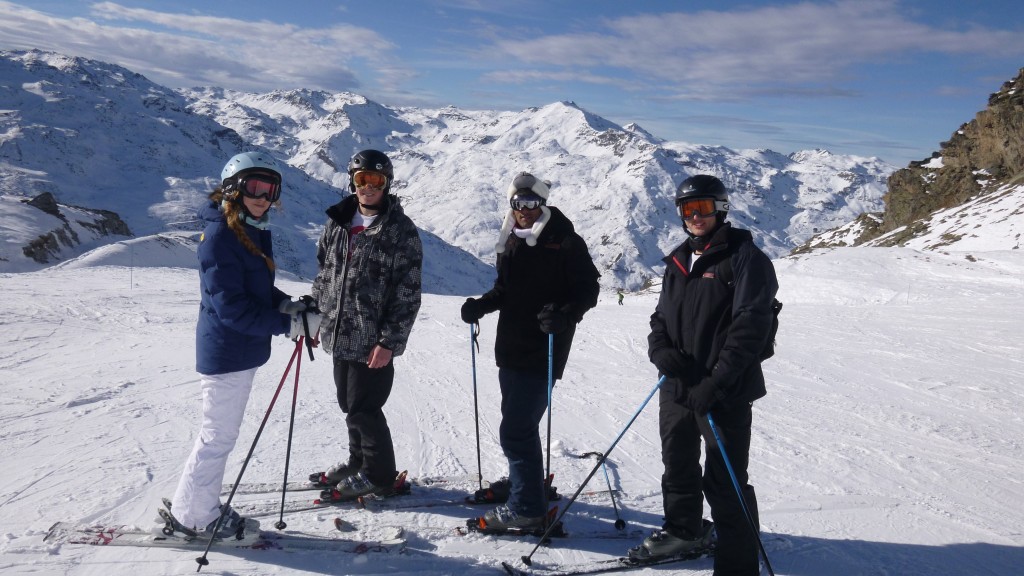 However, we were far too sedated by the early-morning rise to appear particularly raucous and the only stress of the morning came with the realisation that some of us were over the baggage allowance.  It was the first fight of the season out to Grenoble for our airline, and nowhere near full so, thankfully, they were prepared to be lenient with the allowances.

As our group was entirely without adults, the Neilson chalet hosts and our chalet rep made a special effort to make sure we had everything under control at (well, almost) all times.

From the minute we arrived, we were given assistance with everything we possibly needed – from finding the ski hire shop, where we were accompanied, to being taken out by our rep, Simon, to discover the best bars of the resort as part of his ‘duty of care’.  Part of this, we deduced, stemmed from his well-meaning concern when it came to the responsibility of drunken teenagers, and, as a group, we were unanimously grateful for his guidance into what we had presumed to be a fairly sedate nightlife.

Our experience was also made easier by the package deal style of the holiday- I’m not sure seventeen hung-over teenagers could have coped with making their own cooked breakfasts- an ingredient crucial to recovering from drinking at altitude.

On the piste, we had originally anticipated problems with mixed skiing abilities within the group.  As well as two advanced snowboarders, the group comprised four absolute beginners, six well-seasoned skiers and a motley collection of in-betweens.  However, with full 3 Vallées ski passes also as part of the incredibly good deal, groups were able to split up and venture wherever they wished, depending on their state of hangover, level of enthusiasm or funding for that day’s lunch.

As part of a more advanced group of eight, I spent one day travelling from Les Menuires through Meribel to Courcheval 1650, where we had lunch at the Fire and Ice Bar there.  Other days, we ventured to the snow park in Meribel or skiied into Orelle, so anyone wishing to sample all parts of the 3 Vallées was satisfied.

Nonetheless, the resort was also perfectly suited for beginners.  Gentle slopes surround the town on every side and, with the snow cannons keeping the top layer fresh; the entire group was able to ski-in, ski-out.  Perfect!

As for the party scene around Les Menuires… During the day (with Mont de la Chambre and therefore Val Thorens only one lift away) the ever-popular Folie Douce is easily accessible, and the good news is it only requires one long blue run to get back to the bottom of Les Menuires! 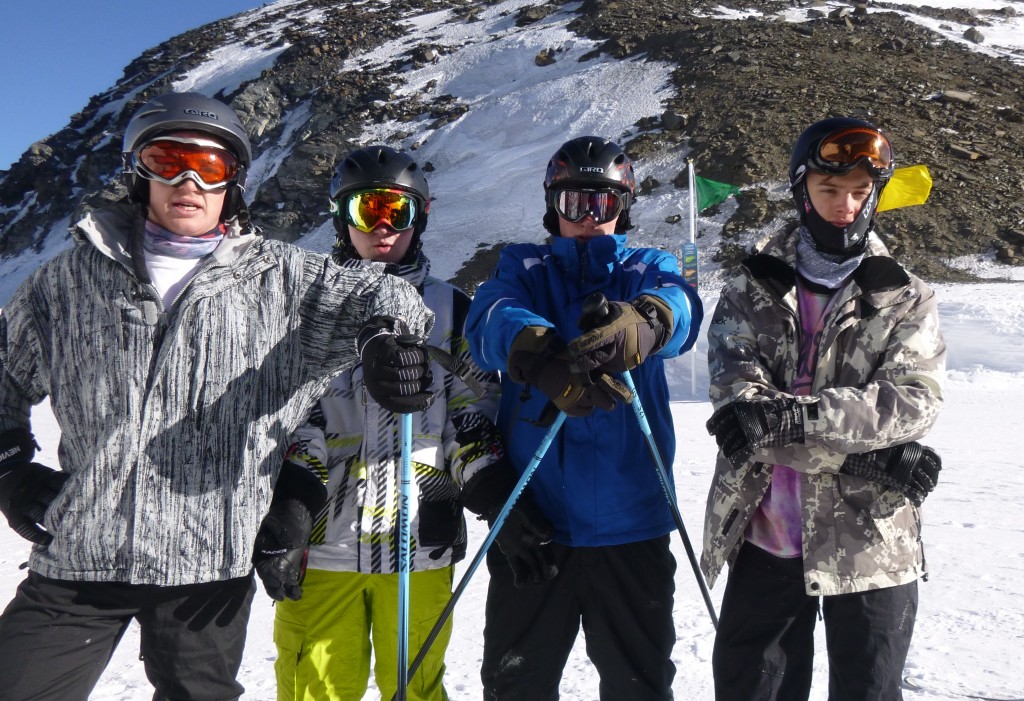 In the evenings, our location in the Reberty section of Les Menuires made it slightly more difficult to access the more popular bars and discotheques, located a 20-minute walk away in La Croisette.

However, with a bar/pub located 10 metres up the road from us for handy vin chauds straight from the slopes and a bus service down to La Croisette (if not up again, at three in the morning!) we were able to enjoy busier, more happening bars including Le Skilt and the New Pop discotheque.

All in all, although our holiday was more expensive than, say, a university ski trip, thanks to Neilson, we were able to go on holiday without any concerns regarding transfers, cooking for seventeen of us, arranging our own ski hire and passes.  Instead we were handed an all-inclusive holiday in a beautiful chalet with a hot-tub, sauna and unlimited wine at meals.  By going in a pre-Christmas off-peak week we managed to cut the package prices in half and we were able, with a bit of online exploration, to discover Neilson’s crucial 2-for-1 deals for ski passes, which made the whole trip affordable, even on our meagre student budgets.

And the big question…. would we go again?….

Katie stayed with Neilson Ski at Chalet Reberty in Les Menuires.  She paid for the trip entirely herself, working weekends and school holidays in a bar on the Isle of Wight.