Why ski resorts are joining forces

Despite falling numbers of skiers, resorts can’t just stand still.  They’re always having to look for new ways to attract investors and visitors.  One way, which seems to be working well at the moment, is for neighbouring resorts to work together.

This works particularly well with smaller resorts – if they club together, it provides opportunity to compete with the bigger players.  But where does it leave us, the consumer?… Is it really better for holidaymakers?… 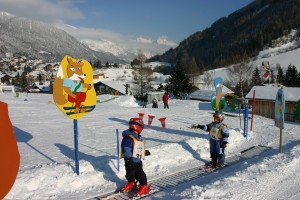 In recent years there’ve been a number of ‘mergers’.  Warth-Schröcken (let’s face it, pretty little known resort names beyond national borders) linked with world-famous Lech-Zürs in Austria for the 2013/14 season, expanding the Arlberg ski region to a whopping 340km of piste.

Arosa and Lenzerheide in Switzerland also joined together for 2013/14, creating a ‘new’ 225km piste area, one of their country’s biggest.

The Swiss resorts of Grimentz and Zinal also joined up by means of a massive new cable car.  It cost CHF28.6 million (£19.6 million).  Pascal Bourquin from the lift company summed the situation up at the time: “Our liaison project aims to increase the loyalty of our holiday clientele and to capture a larger share of this market.” 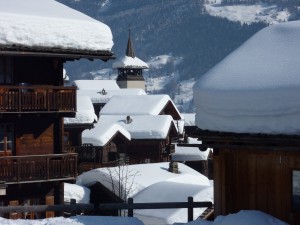 Picture-perfect Grimentz in the heart of Valais

At Ski Amadé, also in Austria, 28 small villages have joined forces to create the second largest ski area in Europe.  Even though not all the ski areas even link up by ski lift, clever marketing means the smaller towns have a better chance of survival, even though some only offer a handful of pistes.

Austria’s Ski Juwel Alpbachtal Wildschönau is another successful Tirolean example of an effective merger, back in 2012 after eleven years of negotiations, as we reported in our feature Ski Jewel shines brightly HERE.  The region offers varied skiing for all levels, snow security (85% of all slopes have snow-making facilities), good value and easy accessibility.

Of course, some resorts have been utilising such marketing platforms for years.  Look at Wilder Kaiser in the Austrian Tirol with its four villages Söll, Ellmau, Going and Scheffau.  Together they’ve been one of Austria’s largest interconnected ski areas for decades.  Separately, they’re less appealing, quite low and therefore not very snow-sure.  Together they’re a more appealing package.

This trend is not even confined to the European Alps.  The ultimate engagement between resorts is surely the Epic Ski Pass in USA – the largest lift pass deal in the world. 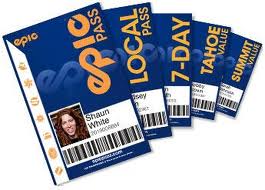 Vail Resorts Epic Pass holders have long been able to ski on just one pass at seven US resorts (Vail, Beaver Creek, Breckenridge, Keystone, Heavenly, Kirkwood and Northstar).  In 2012, Vail Resorts reached across the pond and added 3 days unrestricted skiing in Verbier and the Quatre Vallées in Switzerland to its Epic Pass (or vice versa for Verbier season pass holders to ski for free in their US counterparts).  This was the first time a North American resort had teamed up with a European resort.

On the back of this, in 2013, the Epic Pass included the Austrian resorts of St Anton, Lech, Zurs, St Christophe and Stuben.  Later that year, 3 days became 5, and it added 5 days of free skiing in all eight resorts of Les 3 Vallées (Courchevel, La Tania, Méribel, Brides-les-Bains, Les Menuires, St Martin de Belleville, Val Thorens and Orelle), and vice versa – for those holding season passes in the European resorts.  Then, in 2014, it embraced Italy too – covering the Skirama Dolomiti Adamello and Brenta ski areas.

With 31 European resorts on offer in some of the main ski areas of Austria, France, Italy and Switzerland, the Epic Pass is without doubt the largest lift pass in the world.

We’re not sure how many people actually take advantage of the cross-continental deal, but it certainly appears to be beneficial from a marketing point of view for all the resorts concerned. 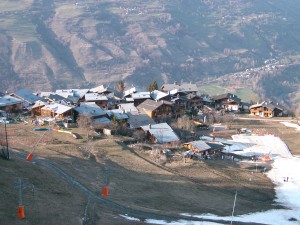 So what does all this mean for us holidaymakers choosing where to ski?  Ultimately it means we’re increasingly forced to spend more, but also to get more for our money. For families with little ones or for beginner families, there’s really no need to go big.  Better options are to hunt out some of the smaller, more family-oriented, village resorts which are likely to be cheaper and therefore better value.  They generally also offer a more authentic ‘alpine’ holiday experience.

Those who have families with older children or mixed abilities may wish to seek out the larger resorts, although the middle-sized ones tend to be more affordable.

When choosing a ski resort, it can be a bit of a minefield.  Our Where to start – 5 top tips guide to picking the right resort for you HERE and our  feature Ski in Europe – an Overview HERE should help to get you started.

And remember, while bigger is better for the small, lesser known ski villages and for the ski industry as a whole, for us consumers, bigger is not always necessarily better.  In fact, as a general rule of thumb, the bigger the resort, the more expensive the holiday.