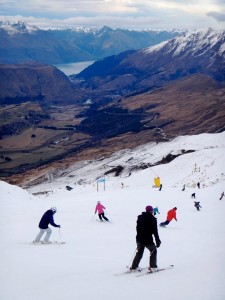 First turns of the year in Australasia, at Coronet Peak’s opening day

This weekend Coronet Peak became the first resort in Australasia to open for the ski season.

The resort is situated near Queenstown in New Zealand and has a mere 40cm of white stuff on its top slopes, and just 30cm on the lower ones.  Some of the other NZ resorts claim more snow currently but they’re not scheduled to open until later this month (including Mt Hutt on 15 June and The Remarkables on 22 June).

The natural snowfall has been topped up with man-made snow ready for opening day.  The resort boasts the largest snowmaking system in the Southern Hemisphere.  It proved enough to open two lifts, a number of trails to please all levels, and attract around two thousand keen skiers and boarders. 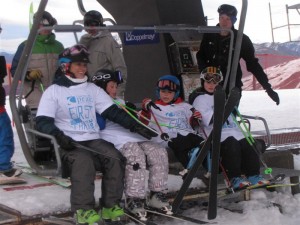 A young family ride the first lift of the season

As usual, there was a prize T-shirt up for grabs for those first on the lift.  This year, local brothers and sister Cougar, Tallulah and Tristan Bryant were the first – aged just 10, 8 and 6 – accompanied by their mum, of course!   They queued for four hours (from 5am!) for the honour.  It was their third year on the trot!

On Saturday Coronet Peak issued a statement saying: “the mountain is in great condition… it’s shaping up to be the best start to winter in years!” 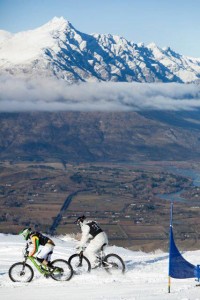 In just ten days time, the slopes will be the scene of the 39th Queenstown Winter Festival – New Zealand’s largest celebration of winter.  It’s described on the official website as “a ten-day extravaganza of Queenstown’s unique culture with street parties, fireworks, international and local acts, comedy, family fun, and plenty of Mountain Mayhem” as around 45,000 people celebrate the arrival of winter in true Queenstown style.

Among the various activities, on Saturday 22 June, you will be watch adrenaline junkies ripping around the pistes of Coronet Peak on mountain bikes – or have a go yourself!

Meanwhile, as the season gets underway in New Zealand, in Australia they’re still awaiting more snow… 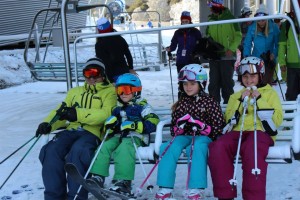 First riders of the season at Thredbo

Sadly there’s still just not quite enough to kickstart the season, although some resorts offered free lift rides and enough snow for some simple snowplay and beginner turns.  As at Coronet Peak, in Australia’s Thredbo, it was a family with young kids at the front of the first lift queue!Some resorts had to cancel their opening and refund their lift passes.

At others, the festivities, fireworks and fun activities that traditionally mark the start of the season continued nonetheless, just without the snow for shredding! 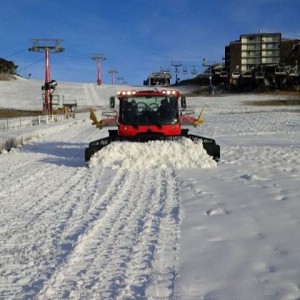 Preparing the pistes at Mt Buller

The good news is that, in the past couple of days, temperatures have dropped, so resorts will be able to run their snow canons.

Let’s hope some decent dumps of the white stuff arrive in Oz soon.

Flight and rail delays in Europe