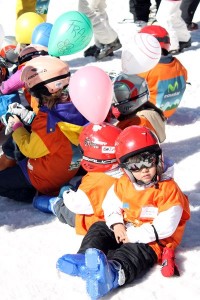 Here at FamilySkiNews, we’re eagerly awaiting the first turns of the ski season in South America as the season gears up over the next few days.

The Chilean resort of Portillo is opening early – on 22 June.   It is offering a special early bird offer – 15% discount on all bookings for the week of 22-29 June to kick-start the season (which officially runs from 6 July-October 5).

Las Leñas, the largest Andean ski resort in Argentina, was scheduled to open tomorrow (20 June), but it announced a few hours ago on Facebook that it has now delayed it’s opening until 29 June due to lack of snow.

Both resorts are offering some excellent ski-and-child-care packages this season, making their slopes especially appealing to families.

Las Leñas is offering ski school for babies as young as 60 days old through to teens.  Each group will have specially-trained carers and instructors:  Baby Leñas is for babies 60 days-18 months); Mini Leñas is from 1.5-3.5 years; Jardín de Nieve from 3-5 years; Olímpos from 6-12 years; and Zeus Freestyle Team from 13-17 years. 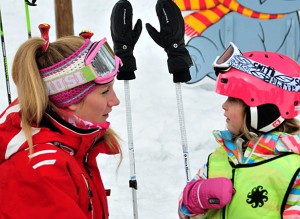 Portillo’s Ski School Kids Camp (for children 4 to 6 years old), Sunday through Friday (10:30-12:00 and/or 15:00-16:30) is great for introducing new young skiers to the sport and for teaching more advanced skills to those with prior experience, while their parents go and enjoy the slopes.  There are also special private lessons on offer for 3 year olds.