North Korea is constructing a massive new ski area, according to the country’s news agency in Pyongyang.  Leader Kim Jong Un has reportedly made a recent visit to the site of the Masik Pass Skiing Ground, currently being built by the Korean People’s Army. 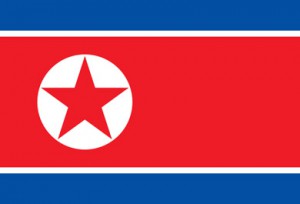 The new ski area will have over 100km of piste to suit all standards, ski lifts, a hotel and a heliport.  The Masik Pass area has reliable snowfall and easy access from the capital via the Pyongyang-Wonsan tourist motorway.

Kim Jong Un has declared that his nation should ski.  Currently 0.02% of the population have ever skied!

There are even rumours that the Swiss are supporting the mission, as revealed in the following controversial ‘You Tube’ excerpt:

The resort is scheduled to open in time for this coming winter season  2013/14.

It’s not the first ski area in the Democratic Peoples’ Republic of Korea.  The Pegaebong Sports Village on Mt Paektu first opened several decades ago.

When (or if) it opens, the Masik Pass area will be the largest in the country and in Asia.