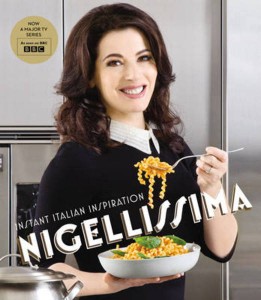 Brad Pitt?… George Cluny?… Which celebrity would you most like to spend your holidays with?

This was the question posed by family-oriented holiday company Esprit Sun in a recent survey.  TV cook Nigella Lawson came out top of the pile with 22% of the votes.

She might have been in the news for all the wrong reasons this week, as her husband Charles Saatchi was cautioned by police following the publication of photos showing him grabbing her round the throat.  Nonetheless, in the Esprit survey she is the celebrity most families would like to take on holiday.  It would seem that the desire for good food during a holiday is high on their agenda!

Second choice for families was football legend David Beckham, with 21% of the votes.  Actor Brad Pitt and self-styled Super Nanny Jo Frost came equal third with 12% of the votes.  How great to have your very own ‘super-nanny’ to keep the kids in order during your vacation!

Actor and TV presenter Stephen Fry and London Mayor Boris Johnson followed closely behind with 10% and 7% of the votes.

The survey was conducted by Esprit Ski, a new beach-based summer sun programme launched this year by Esprit, a company already highly-regarded in the family ski holidays.

Its survey also showed that only 48% of holiday-makers have booked their summer holidays this year.  The remaining 52% yet to make up their minds where and when to go, even though it’s just 3-4 weeks until the start of the school holidays.

Out of the bookings so far, 20% of guests are staying in the UK (20%), despite the appaulling weather to date.  Others are heading to Spain (14%), France (11%), Italy (8%) and Croatia (3%) – a clear reflection of families’ preference for short-haul for holidays when travelling with small children.

Favourite long-haul destinations so far include the Caribbean (5%), America (3%) and Egypt (2%). 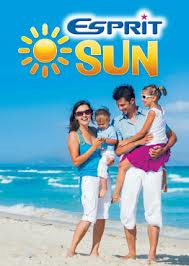 A new programme launched for the summer by Esprit

The survey also reflected the increased importance of online and social media:  of the families asked, 81% researched their holidays “primarily” on-line, although some did subsequently book by phone or through a travel agent.

So who would you most like to travel with on your next vacation, and why?