Where to ski in June 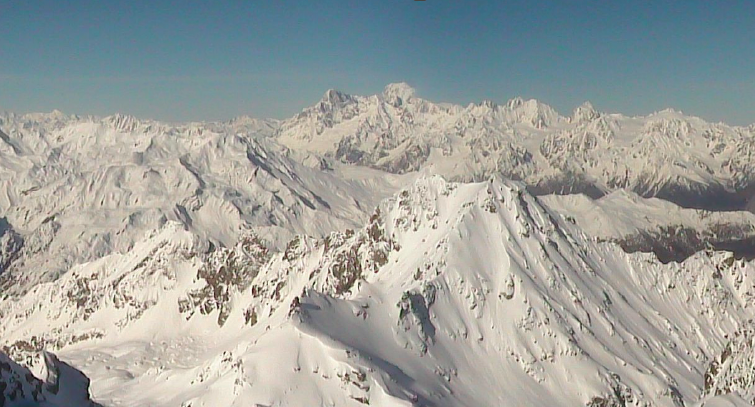 With most European and American resorts closed, early June is traditionally one of the quietest times of the year for skiing around the world, unless the ski season in the southern hemisphere kicks off early.

This year, despite promising early snowfall (late-April in Africa; mid-May in Australasia), this looks unlikely.

But don’t despair… June is also the month when most ski centres open in the Southern Hemisphere.  By the end of June, around one hundred resorts should be up and running, right around the globe: in Europe, North and South America and Australasia.

Meanwhile, there is a handful of glacial resorts open in the Northern Hemisphere:

Currently, there’s skiing in Austria on the glaciers at Stubai, Hintertux and Dachstein.  Other glaciers are due to open again later this month, including Kaunertal (9 June), Molltal (21 June) and Kitzsteinhorn (28 June).

There’s also skiing available in Italy at the moment.  Passo Stelvio is open, together with the Presena glacier above Passo Tonale – although this area closes mid-June.

The Swiss resort of Zermatt is open, and its Italian neighbour, Cervinia, reopens on 28 June.  Verbier nearly opened on 2 June (or was it a publicity stunt?), as we reported here, but it is now considering opening MontFort for July.

Here at FamilySkiNews, we’re great fans of summer glacier skiing.  You can check out our favourite areas, plus tips for successful family summer skiing in our feature Glacier Skiing.

Beyond the Alps, the Japanese resort of Gassan is open until July.

The non-glacial resort of Ruka in Lapland is, amazingly, just coming to the end of its 2012/13 winter season.  It closes on 9 June.

In Sweden, Riksgransen is opening for the midsummer weekend (21-23 June) for anyone hoping to ski beneath the midnight sun!

The American resort of Arapahoe Basin is open this weekend for the last time this season, and Crystal Mountain, Washington, is opening weekends only until 16 June.  Beartooth Mountain in Montana/Wyoming, remains open until 13 July; Timberline in Oregon until September.   California’s Mammoth Mountain is extending their season until the snow runs out – on good years this can be as late as early July.

In Canada, the Whistler Blackcomb glacier reopens on 22 June.

Meanwhile, we eagerly await the start of the ski season in the Southern Hemisphere, with resorts in South America, Africa and Australasia poised to open shortly!

The early resorts in Australia traditionally open this weekend – 8 June.

Coronet Peak in New Zealand is planning to open this weekend too, followed by Mt Hutt in one week’s time.

In South America, most resorts – including Portillo in Chile and Las Lenas in Argentina – look set to open on or around 22 June.

In Africa, Lesotho’s AfriSki resort opens today for its winter season, as we reported in more depth here.  AfriSki’s season is scheduled to end on 1 September.

FamilySkiNews will be updating its website regularly as resorts in the Southern Hemisphere open, so click back soon to find out where the first turns of the season will be taking place on each continent.

Other related features:
Glacier skiing
Springtime skiing
Summer holiday – mountain vs beach?
What to pack for summer holidays in the Alps