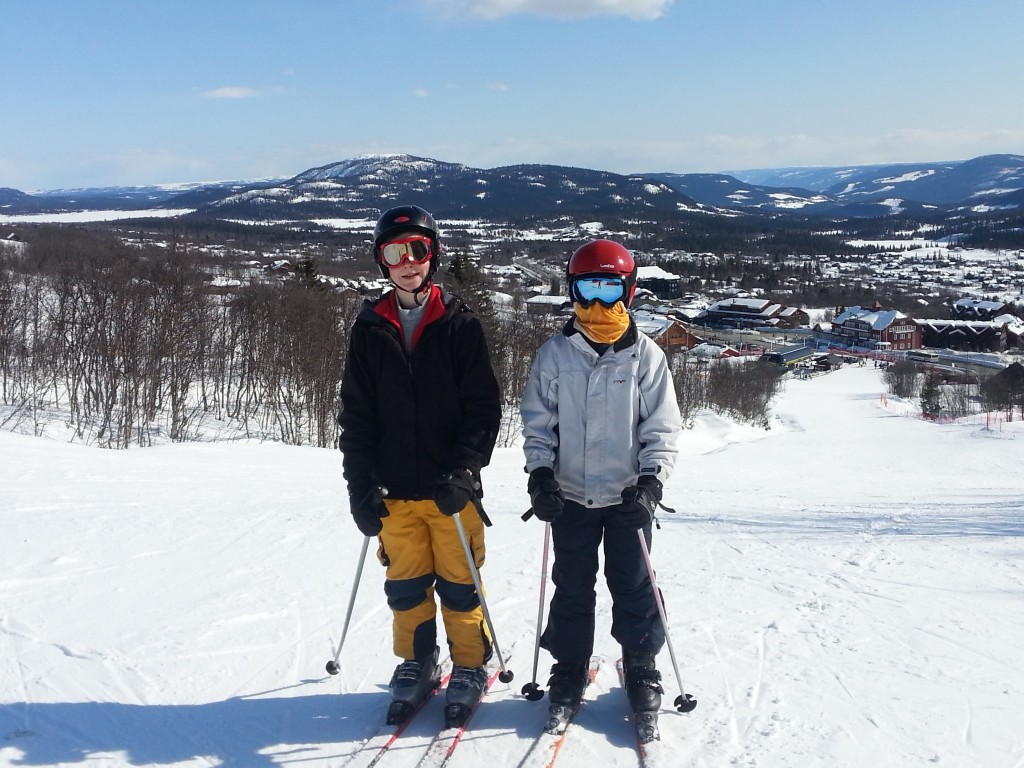 The tiny ski resort of Beitostølen is actually a very well-kept secret.

This small Norwegian village resort is little-known in the UK, but that looks set to change as Crystal Ski has added it to their new brochure for this coming ski season – 2013/14, as we reported in an earlier feature Learn to Ski with Crystal in Norway here.

If you are looking for a family ski holiday this season away from the crowded slopes of the Alps, this could well be the resort for you!

Beitostølen is located in the beautiful Jotunheimen National Park, at 900m above sea level, and has a population of just 400.  It is a true family resort in every sense of the word – run for families by just one family – Steiner Hovi and his two sons, Atle and Bjorner.

Our content editor, Teresa Fisher flew out earlier in the year with Crystal Ski, accompanied by her two boys George (10) and Timothy (9), to explore the pint-sized village.

Before she left, Teresa commented: “I was anxious Beitostølen wasn’t going to be big enough to keep my sons entertained, as they are both reasonable skiers now – confident on cruisy reds, and even happy to try out the occasional black slope if conditions are good!”

However, after just a few days in Beitostølen, it soon became their favourite family resort! Here’s why…

For starters, there were no queues to hire equipment, and better still no queues for any lifts, even at the start of the day!  Although it was late in the season (April), the snow was crisp and pristine (we even had fresh snow on two days) and the slopes were deserted.

“The village itself was small enough and quiet enough that I was happy to have my two boys wander around unaccompanied, and even cross the resort’s only road on their own.” Teresa told us. 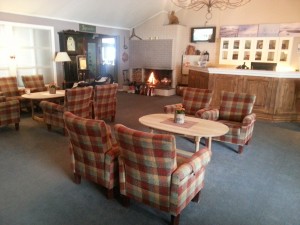 On their first day, they checked out the downhill skiing in the resort.  There are just ten lifts in Beitostølen but plenty of runs, all perfectly-pisted and with excellent snow, even though it was very late in the season by European standards.

The runs weren’t challenging, but they were gentle and confidence-boosting – ideal for young families, beginners and intermediates.  The boys especially loved all the jumps.  Alongside many of the runs were a variety of bumps and man-made jumps to amuse the freestyler-at-heart!

The family were staying in an apartment adjoining the Bergo Hotel, slap in the middle of the resort – it was a warm, comfortable, friendly base with a multitude of outdoor pursuits all on the doorstep.

Their full-board package worked out well, as the hotel was near enough to return to between activities for the delicious smorgasbord breakfasts (herring, salmon, cold cuts, crispbreads and ryebread as well as a cooked bacon-sausage-and-eggs option), the nourishing lunches and dinners.

Mountain pitstops are a rarity in Norway, unlike in the Alps.  There’s just one slopeside hut in Beitostølen, serving hot and cold drinks but the slopes are so easy to access, it’s the norm to return to your hotel for meals. 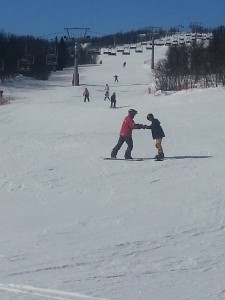 Learning to snowboard in Beitostølen

“Meals were largely a refuelling exercise for the kids… although the food was of a very high standard,” recalls Teresa, “and the clientele was almost exclusively Norwegian which makes a nice change.  In comparison, the Alps feel so crowded… and so full of Brits!”

Back on the slopes after lunch, ski school was superb.  Everyone was friendly and spoke excellent English.  The boys tried their hand at snowboarding for the first time.  Within less than an hour of tip-top tuition, George was up the top of the mountain and making his way down the simple Ola Express run.

“George’s first snowboard lesson was surprisingly painless.  He was a natural, from the moment he stood on the board.” Teresa recalls.

“Timothy and I, on the other hand, took to it less quickly! At the end of the lesson, we headed off for some gentle sledging fun.” 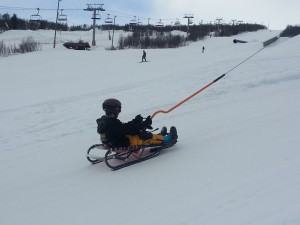 For more advanced toboganning, Beitostølen even has its own special sledge lift.  You simply clip your sledge onto the button lift, get dragged up the mountain then career down again on a specially prepared tobogann run.  How cool is that?!

The resort also offers cross-country skiing, mini-snowmobiles, husky sledding and floodlit night skiing.  And when you tire of Beitostølen’s slopes, there’s another ski area – Raudalen – just 6km away, with a daily shuttle bus plying between the two resorts.

The skiing at Raudalen is slightly more advanced than at Beitostølen, with reds, blacks and mogul runs. 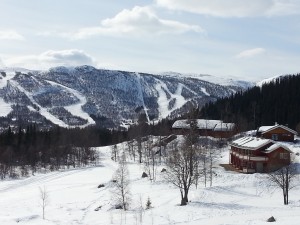 The deserted slopes of Raudalen

“Raudalen was amazing,” says Teresa. “The pistes were empty, the snow powdery, the slopes were beautifully carved through the trees, and the runs were a bit more challenging, especially the blacks.”

“The Raudalen ski area has been used for World Cup Telemark skiing competitions previously, and there’s even a cosy cabin near the lifts for waffles and hot chocolate.”

Back in Beitostølen, no trip to Norway would be complete without trying the Norwegians’ favourite winter pastime – cross-country skiing.  There was a veritable maze of trails criss-crossing the countryside, starting right from the doorstep of the hotel!

Teresa’s family were only there for a few days but still managed to fit a huge amount into their action-packed short break.

Their visit coincided with the annual Ridderweek, the largest winter sports week in the world, which we featured in an earlier story here.  The family were lucky enough to go husky-sledding with an ex-Paralympian skier, Jim Denton.  Ten-year-old George was so inspired by Jim (despite his natural propensity for snowboarding), he decided he too would like to become a wintersport biathlete, combining cross-country-skiing with rifle-shooting! 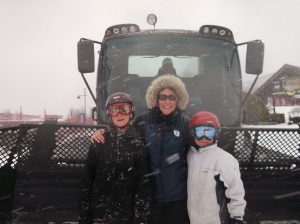 About to climb aboard!…

Husky-sledding was unanimously at the top of the list of fun pursuits for all the family, but the ultimate highlight for the kids on our last day was a ride in Bjorner’s piste-basher!

Teresa summed up the trip:  “It’s a long time since I was so beguiled by a winter destination.  Beitostølen is, without doubt, currently our favourite family resort. ”

To find out more about Crystal Ski’s packages to Beitostølen and other Norwegian destinations, see our special feature Learn to ski with Crystal in Norway, or contact Crystal Ski directly.  Esclusive weekly charter flights from London Gatwick to Fagernes – just a 45-minute transfer away – will operate from Sunday 22 December 2013 until 16 March 2014 (final inbound). One-week holidays to Beitostølen (including flights, transfers and self-catering accommodation in the Bergo Apartments) starts from £430 per adult… and if you’re worried about Scandinavia’s reputation for high prices, check out our feature, Affordable skiing in Norway.

Other related stories:
Affordable skiing in Norway
Crystal Ski returns to Norway
Learn to Ski with Crystal in Norway
End of season celebrations in Norway
Let there be light
What are the Northern Lights?
World’s largest winter sports week for disabled skiers
Dog-sledding with an ex-Paralympian skier

The ski season has begun… in Arapahoe Basin!

Fresh powder for the Kaunertal Opening