The ski season has begun… in Arapahoe Basin! 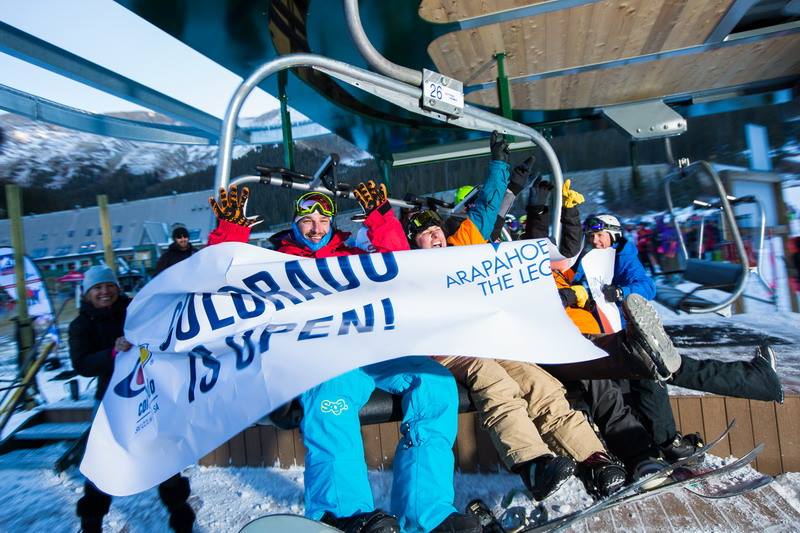 And the first lift is off…

Actually… technically speaking, it was the second resort!

Earlier in the month, Crystal Mountain in Washington State opened on 1 October, but it was just for one day, as we reported in our story First resort in USA opens.  Arapahoe Basin is the first resort in North America to open officially for the whole season.

The race to host the first Opening Day in North America is one of the highlights of the ski season.  Several resorts in Colorado have taken advantage of cold night time temperatures and ideal humidity conditions for snowmaking over the past few weeks, in their attempt to be the first.

It’s often either Arapahoe Basin or Loveland Ski Area who win the race!  Both ski areas began their snowmaking on 27 September,  and have made snow or received natural snow most days since then.

Arapahoe Basin is a little earlier to open than last year – when it became the first resort on 17 October, as we reported here.  The previous year Wolf Creek took everyone by surprise and pipped them to the post, opening as early as 8 October.  Loveland is scheduled to open this Thursday – 17 October.

So why are Arapahoe Basin and Loveland always among the first? Colorado has the highest terrain in the country, and they are perched atop the Continental Divide giving them higher elevations, earlier frosts and colder temperatures than other resorts. This also allows them to stay open long into the spring – which means Colorado also has one of the longest ski seasons in North America. 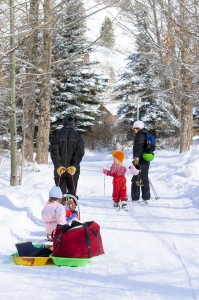 Toddlers in the snow at Arapahoe Basin

Hardly surprising that Colorado attracts more skier and snowboarder visits than any other state in the US.  With 26 resorts in total, covering over 40,000 acres, their mountains receive an average of 300 inches (762 cm) of light, fluffy powder snow a year.  the “champagne powder” state of Colorado is the main destination for US-bound skiers from Europe, many heading to glamorous Aspen or the cowboy ranches of Telluride and Crested Butte.

Colorado is also extremely family-friendly.  There are plenty of gentle slopes for beginners, superb family-friendly amenities and ski schools to teach even the youngest visitor how to ski. From small basic beginners ski areas to sprawling, multi-peak resorts, there are bumps and groomers, steeps and deeps, bowls and basins for all ages and abilities.