Should school holiday prices be capped?

Last week, half term marked one of the busiest weeks of the skiing year, and one of the most expensive weeks to holiday in the Alps.  Once more, the awkward question whether to take children out of school during term-time to avoid the massive price hikes during holiday time has reared its ugly head.

Yesterday MPs debated in Parliament whether holiday price regulation, following an e-petition signed by nearly 170,000 people, all concerned about holiday companies ‘cashing in on school holidays’.

In response, the Education Secretary, Michael Gove, accused travel firms of ‘fleecing parents’ by ‘ramping up prices at certain times of the year’.

He added: “My own view is that the holiday industry needs to look at itself in the mirror and ask is it doing enough?” 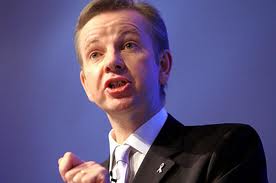 Michael Gove – sitting on the fence… (it would seem he’s not a skier!)

Yet it seems to us that Gove wants his cake and eat it:  On the one hand he asks for schools to be understanding and flexible when fixing holiday dates, while on the other hand, insists that parents shouldn’t take children away when they should be at school.

Liberal Democrat MP John Hemming, who had requested the parliamentary debate, said that price capping was not a “practical solution”.  His view was supported by the majority.  In fact, no MPs backed price regulation.  However, many expressed their support for the staggering of term dates.

Consumer Affairs Minister Jenny Willott thought staggering holiday dates could “help bring prices down” and that by 2015 all schools would have the power already given to free schools and academies to set their own dates.

She continued: “The government is not convinced higher prices in school holidays are as a result of market abuse by the holiday industry, but rather they reflect the market forces in a very competitive sector.”

According to James Brown, travel pricing expert at Simon Kucher & Partners, “any government relgulation restricting prices during half-term or school holidays could very likely led to higher prices outside these dates, to allow companies to “re-coup” their lost profitability.”  This would ultimately lead to “less choice and more expensive holidays” for consumers in general.

We are rather sceptical about this.  Surely it’s a question of supply and demand: in our view, prices will simply get higher if families can only travel in the school holidays.

The current ‘taking-kids-out-of-school’ ruling states that headteachers can only grant time off during term time in ‘exceptional circumstances’.  (Previously parents were allowed to take their children out for up to 10 days per academic year).

It seems to be a no-win situation for families hoping to go on affordable ski holidays at peak times – Christmas, New Year, February halfterm and Easter holidays.

Or you face one of the thousands of fines that have been issued to parents taking children out of school during term time since the rules changed last September.

Or you quit skiing… (only joking!)

Or you simply take your kids out of school and incur the wrath of your teachers!…

Have you seen our new series of half term resort reports – written by kids for kids:
Montgenevre
Le Grand Bornand

If your child would like to write a resort review for us, please send a short piece (maximum 300 words) plus one or two JPEG images to our content editor, teresa.fisher@virgin.net