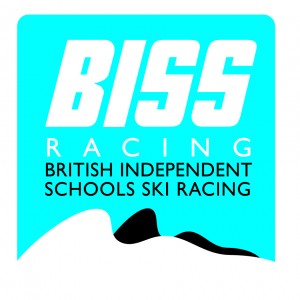 Our Copy Editor, Teresa Fisher, was at The Snow Centre at Hemel Hempstead yesterday for the British Independent Schools Ski-Racing (BISS) Indoor Championships.

She was there supporting her kids, aged 10 and 11, who were both skiing with Portsmouth Grammar School’s Under 12s team.

BISS run races and training for school ski teams in the UK and also in the Alps, in conjunction with Impulse Racing, run by the former national team Head Coach, Phil Brown.

Several of the school’s skiers arrived the day before and trained with Impulse Racing who have an excellent schools programme.  It gave the younger, less-experienced skiers in particular a good opportunity to get used to the conditions before the race. 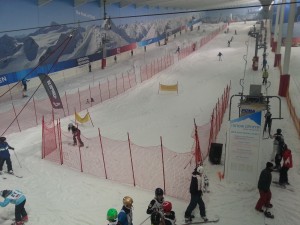 Race day was a full day of ski action, with the morning taken up with junior racers; the afternoon with senior racers – over 50 teams (that’s 200-plus skiers).

The competition was run on a two run format, with the fastest run to count of individual and team prizes.  Some of the juniors, including Teresa’s kids, had never raced on snow before.  Her eldest, 11-year-old George, remarked afterwards: “It’s so different from racing on dry slopes… really icy and the course is really grooved.”

In the end he went pretty slowly!… well, it was his first race on snow!

Considering all the best skiing schools in the UK were present, Portsmouth Grammar School did extremely well, winning the overall senior competition.  They also enjoyed a clutch of individual wins in the various age categories, including the U12 and U14 girls and the U14 boys; one of the school’s racers won the U16 girls and was also the fastest female skier overall (beating all U18 and U21 skiers).  The Portsmouth Grammar School skiers are all part of SASA (Southampton Area Ski Association) and train weekly on the Active Nation dry ski slope in Southampton. 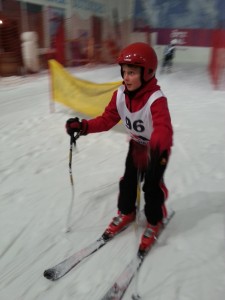 Our Editor’s youngest son in his first race on snow!

It was a great day out and the icing on the cake the chance to meet Emily Sarsfield, an ambassador for British Snowsports’ new campaign, Go Ski Go Board, and the nation’s number one Ski Crosser, who will be heading to the Winter Olympic Games to represent Britain in Sochi next year.

She was presenting the trophies and FamilySkiNews had a chance to have a chat and catch up with her amidst her busy training schedule.  You can see our interview with Emily in our interview ‘How family ski holidays inspired one Olympic skier’ by clicking here.

The BISS event was heavily sponsored and the prize for the winning teams was accommodation, passes and training for the four team members at the BISS Racing Alpine Championships in Aosta, Italy in 2014, which can’t be bad!

If you or your school are interested in setting up a ski racing team, contact BISS and Impulse Racing, who can advise you; help you build your team; run your training programmes; and help select the racing events at each level.