The weather today in St Anton was not great: it was windy and it was snowing all day.  Most parents would have looked out of the window of their chalet and thought it’s not great conditions for little ones on the slopes.   But St Anton has already thought this one out and the resort is one step ahead… thanks to their friendly cartoon character Hoppel the Ski Hare. 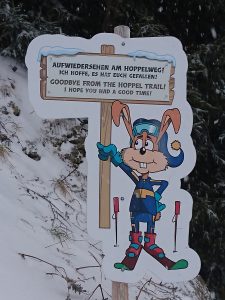 Hoppel the Ski Hare has its very own run – a blue run, number 27, which goes from the top of Gampen down to the valley.  It’s an easy, winding trail flanked by trees which means it’s very manageable, even when the weather’s closed in … like today.

Known as the Hoppelweg, it’s clearly marked by standard piste signs, but decorated with a hare.

The trail is punctuated with animals and with informative signboards, educating children as they ski on the wildlife, flora and fauna of the mountain.

They encounter hares, elk, deer, wolves, foxes and eagles among others, and even learn the 10 FIS rules of the slopes as they go.

At the end of the trail, there’s a chance to have your photo taken with Hoppel. 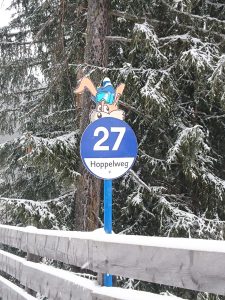 Hunting for Hoppel, hiding behind the piste markers.

Other child friendly ski areas in the massive Arlberg ski area include Pauli’s Skiarena on the Hochtannberg Pass (Schröcken): The Funslope Galzig in St Anton; Pauli’s Children’s Area and the Funslope Steffisalp in Warth; Bockiland  in Zürs; and the Kinderclub-Lech in Lech.

So, whatever the weather, there’s always a run to keep the kids amused in St Anton and the Arlberg– but our favourite kiddie run is undoubtedly the Hoppelweg. 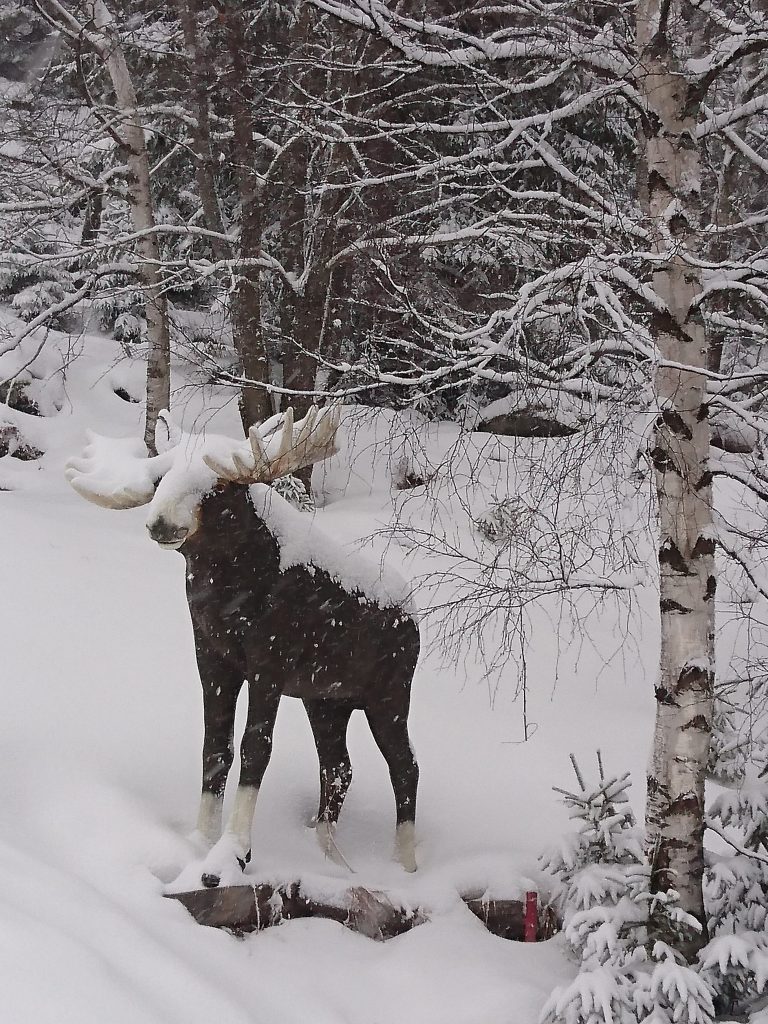 A smugglers adventure in Ischgl