Volunteer for the Winter Olympics 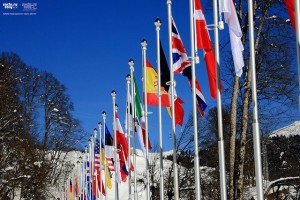 Sochi – venue for the 2014 Winter Olympics

Have you caught Olympic fever over the past few weeks?  If so, perhaps you should consider volunteering for the next Winter Olympics.

The Games are taking place in Sochi in Russia in March 2014, as FSN first reported here, and registration for volunteers (in English) has already begun.

So many of us watching London 2012 on the television, or lucky enough to visit the Games, have marvelled at the thousands of helpers involved in the Games.  Let’s face it, dressed in shocking pink and purple, it was hard to miss them!  As the Telegraph reported today: “The Olympic volunteers, as well as the athletes have been responsible for making the Olympics a success in London.”

Volunteers are among the many unsung heroes of the Olympics.  Without them, the events simply wouldn’t function.  As President of the IOC, Jacques Rogge remarked: “Volunteers are true Olympians, who have entered into the spirit of the Olympic Games.”

If you missed the chance to volunteer for London, do consider Sochi.  It really is a superb opportunity for gap-year students and keen winter sports enthusiasts to get behind the scenes at an Olympic Games… and it looks great on a CV.

Of course, you don’t have to be a student, but you do have to be over 18 and under 80.  The average age of volunteers at the last Winter Games, in Vancouver, was 44.

Roles are manifold: shapironing athletes, setting up information points inside hotels or at sports venues, sorting out press accreditation forms, preparing the pistes for skiing, helping at stadiums, ensuring the transport system runs smoothly – these are just some of the many tasks. There isn’t a single event which takes place without volunteers.  It’s the volunteers who help create that special Olympic atmosphere; they are the face of the Games.

The 25,000 volunteers for the Sochi Games will be based in 26 centres throughout Russia from St Petersburg to Vladivostok.

If you are lucky enough to be selected you will enjoy free accommodation; meals during the games; and travel between your accommodation in the host city for the Games and your place of work.  Best of all, you will have a chance to work in Russia at the epicentre of an Olympic Games; to work alongside your winter sports heros, and have the chance to make friends all over the world.

If this sounds the ideal role either for you or members of your family, find out more and apply by clicking here.

New awards for skiing and boarding