Who would have thought, this time last month when we were all worried about the lack of snow, that this would be the cry from the Alps at the moment. If anything, there’s too much of the white stuff now! 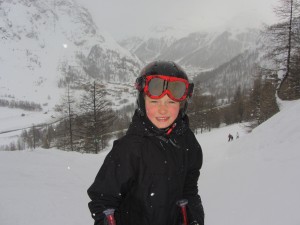 George in the trees above La Daille in Val d'Isere

Our Content Editor, Teresa Fisher, and her 9-year-old son George have just returned from a stay at the Crystal Riders’ Lodge in Tignes where the snow is measuring a good 3-4 metres.  Indeed, this last week the resorts of the Tarantaise (including Tignes, Val d’Isère, La Plagne and Les Arcs) have had some of the heaviest snowfall anywhere in the Alps.

Even as we arrived last Saturday – on New Year’s Eve – it was snowing heavily.  We struggled to get through a hectic Chambery airport, yet alone to reach the resort. 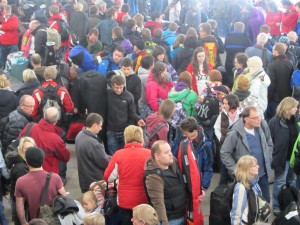 Our coach transfer took six hours. Under normal conditions, this journey would take 2.5-3 hours, but there had been an avalanche between Bourg and Moutiers, and it caused chaos on the roads on what is traditionally one of the busiest Saturday transfers of the season. 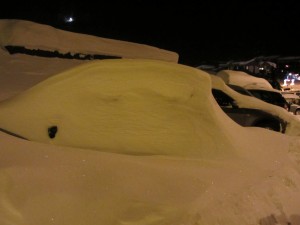 Luckily we made it into the resort in time for the New Year’s Eve festivities. Some people didn’t, and had to spend the night in hotels down in the valley!

Tignes is gaining quite a reputation as the place to see and be seen for New Year, and we were not to be disappointed as we joined the lively crowd of around 12,000 in the main square of Tignes-le-Lac for one of the biggest après-ski parties in the Alps, together with celebrity DJs and dazzling fireworks. 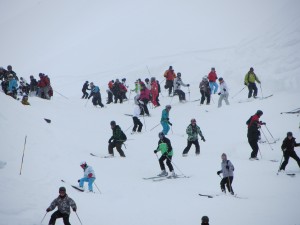 Madness on the pistes of Val d'Isere

On New Year’s Day, the long journey became immediately worthwhile once we’d donned our skis and set off into the deep, fresh powder snow. There was light snowfall, but reasonable visibility on the surprisingly quiet, tree-lined slopes above Tignes Les Brevières. The slopes of Val d’Isère were somewhat busier! 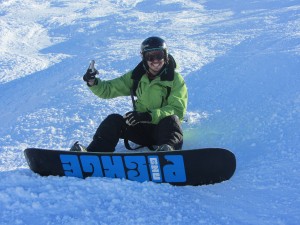 We were skiing all week with the Riders’ Lodge Snow Guru, a new package with Crystal, perfect for families of keen, reasonably competent skiers and boarders looking for adventure (We are currently preparing a report on the Riders’ Lodge, so please check back later).

Throughout the week, the skiing was varied but with one common theme – masses and masses of fresh powder snow! On a couple of days, the sun came out but for most of the time it snowed, and snowed, and snowed…. To make matters worse, high winds (gusting up to 110kph) made conditions tough for die-hard skiers. 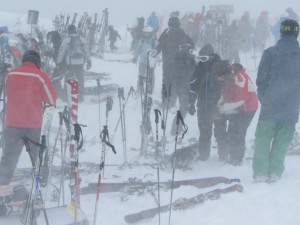 The lifts linking Val d’Isère and Tignes had to be closed, and avalanche risk 5 black flags were flying.

We were lucky to get home yesterday. A metre of fresh snow had fallen within 24 hours, and the road out of Tignes was blocked all morning by an avalanche and many trees had been brought down, simply due to the volume of snow. 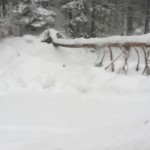 Our driver, Richard Scott of Snowstar Transfers, remarked that he’d never seen so much snow so early in the season, as we watched countless snow-ploughs struggling to keep the roads clear. 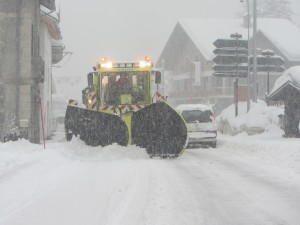 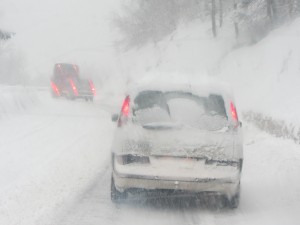 The high winds and snowfalls are continuing throughout the resorts of the Tarantaise today, but the good news is the forecast for next week is superb, with blue skies and, if such a thing is possible, almost too much powder snow!! Enjoy! 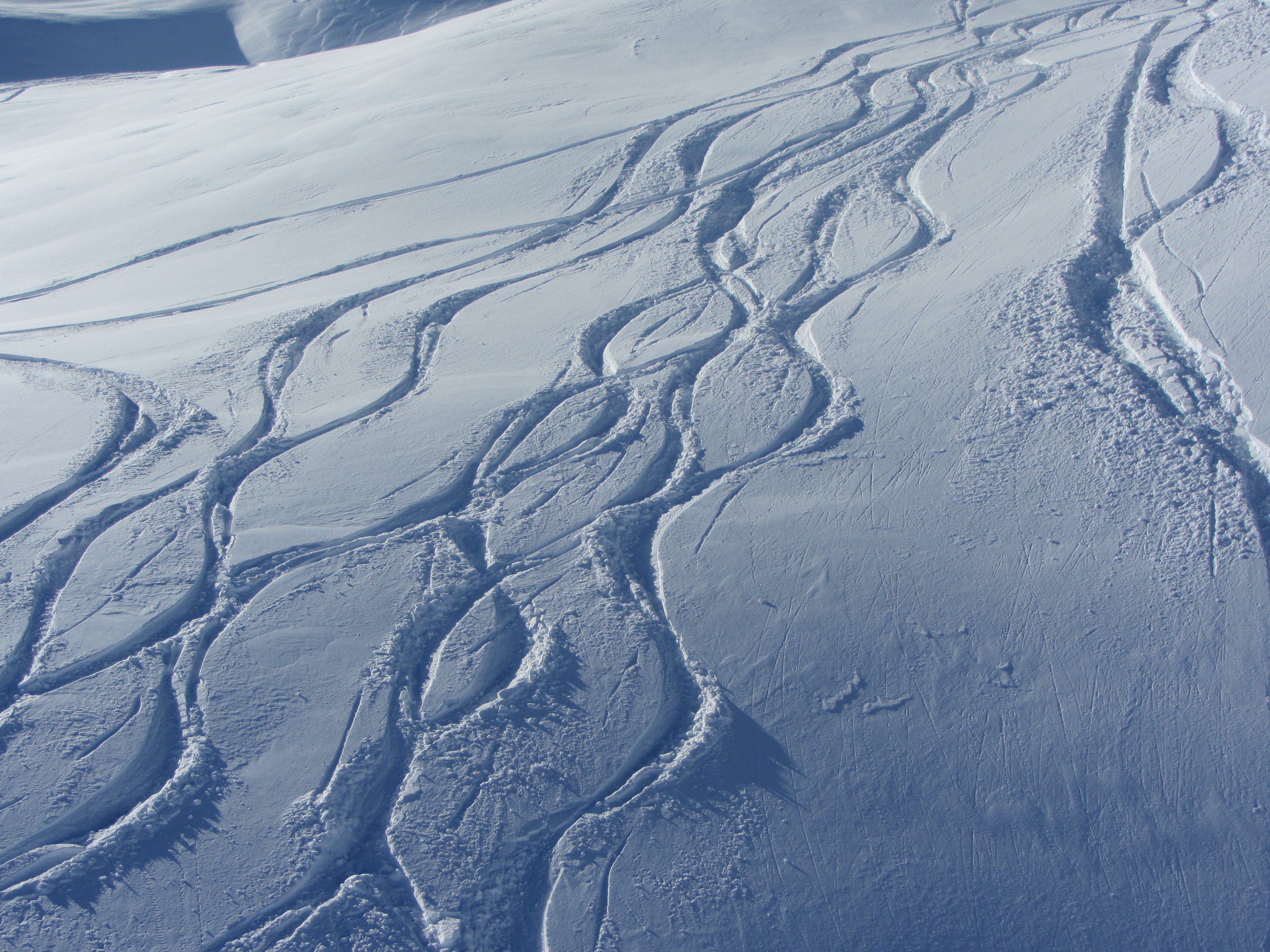 Learn to Ski and Snowboard Month