Sochi has put more than 100,000 tickets on sale for test events in the build-up to the next Winter Olympics, as Russia prepares to welcome the world of winter sports in 2014. 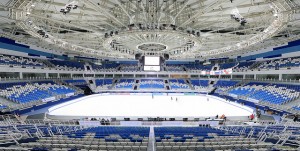 Sochi is hosting sixty test events this winter, including the Grand Prix of Figure Skating finals (6-9 December); the biathlon World Cup (4-10 March 2013); and the Ice Hockey Under-18 World Championships (18-28 April).  There will also be rounds of the skiing and snowboard World Cups.   Alpine skiing was the first major winter sport to be trialed at the new Olympic venue in February.  Both the downhill and slalom test events were most successful, as we reported here.