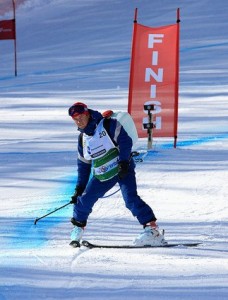 It’s exactly two years until the 2014 Olympic Winter Games will start in the Russian resort of Sochi.  Last minute preparations are underway for the first official test events, which will take place this weekend with the men’s Ski world Cup at Rosa Khutor, Krasnaya Polyana.  The men will race a downhill and a super combined on 11-12 February, and the ladies will follow the weekend after with downhill and super combined on 18-19 February.

The first downhill training took place today with perfect weather and course conditions, offering the racers a first glimpse of the Olympic downhill course for two years’ time.  In 2014, Rosa Khutor will be the venue for the Alpine ski events.

After training, Günter Hujara, FIS Chief Race Director for men’s Alpine, commented: “Everything has worked according to plan so far… the entire organization is absolutely meeting all our expectations.”