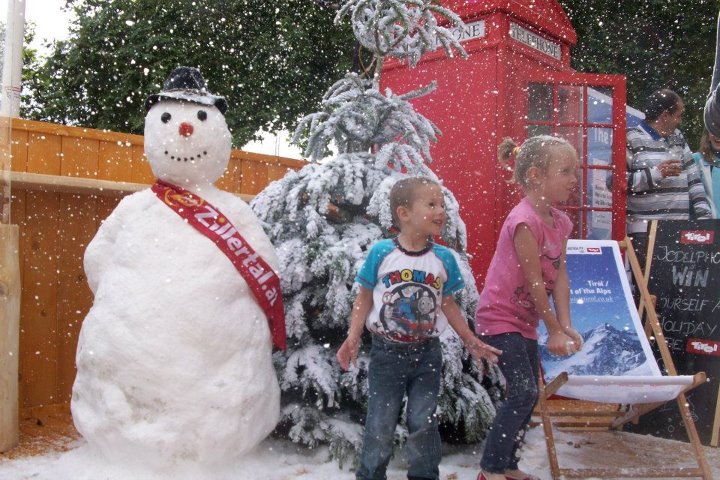 As FamilySkiNews.com reported here earlier this week, the Austrian team has taken over Trinity House, near Tower Bridge, as their HQ for the duration of the Olympic Games and converted it into ‘Austria House.’ 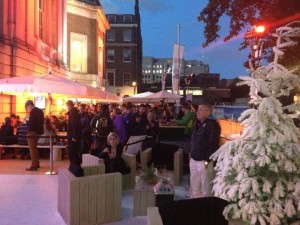 The Alps of London – winter atmosphere in midsummer

Just yesterday Austria House played host to a ‘Tirol Snow Day’ and riotous Après-Ski Party.  Of course, the Tirol region is famed for some of the finest après-ski resorts in the Alps, including Ischgl and Mayrhofen and, with over a thousand visitors through the doors, a wild time was had by all.

Throughout the Olympics, you can visit Austria House’s Tirolean Alpine Garden, to soak up the alpine Gemütlichkeit (hospitality) whilst watching your favourite Olympic sports on the outside screens.  Traditionally, hospitality houses were there primarily to host athletes, media and VIPs but, in recent years, they have evolved to become a platform for nations to highlight their own culture and tradition, and Austria is currently leading the polls in the quest to host the best national hospitality house this year. 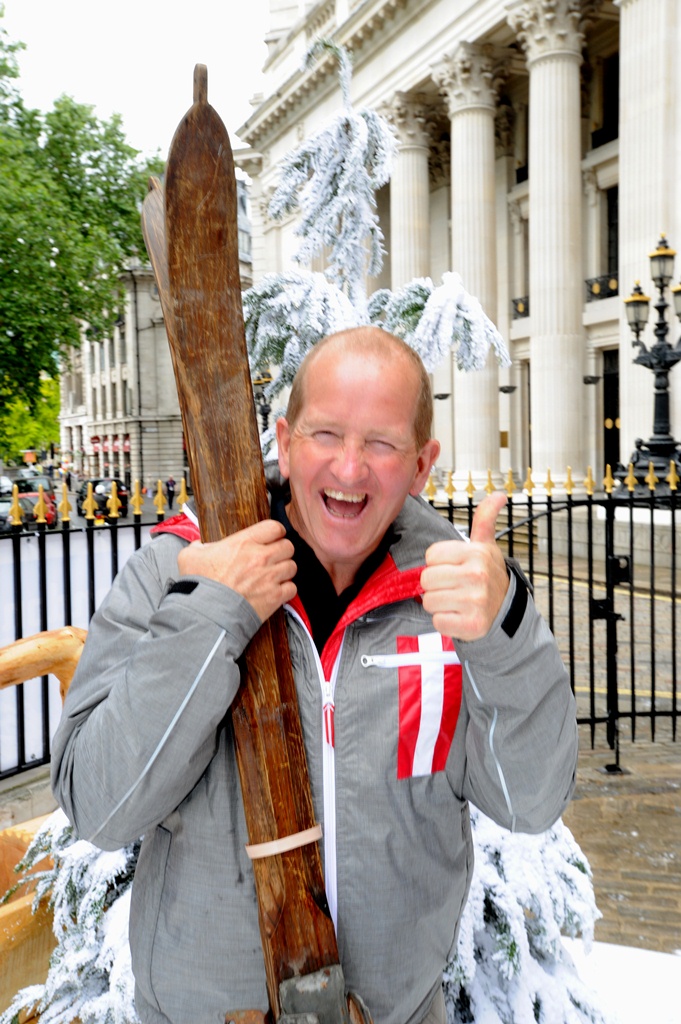 Eddie “the Eagle” at the Tirol’s Apres Ski party

FamilySkiNews.com especially enjoyed the quirkiest ski outfit competition, the ice bar and the traditional ‘Schuhplatteln’ (thigh-slapping) – this noisy form of dance started as a way for the men to impress the ladies!

Tirolean legend Paul Heis and his band members from Alpinbanda took to the stage to give lessons on how to yodel and to demonstrate the best thigh slapping tips and techniques.  Even Eddie ‘The Eagle’ Edwards was there handing out ski jumping tips.
Here are just a few of the many highlights from the Tirolean “Snow Day” and Apres Ski Party:

Snow was the constant theme of the day and the chairlift feature provided a popular photo booth moment, as did the podium stage for guests to strike a victory pose on.

Throughout the Olympics, Austria House is staging a lively programme of one-off events to celebrate Austrian culture and sport, including yodelling!

As there are (sadly!) no mountain peaks in London to stand atop, the yodelling takes place inside a typically British red phonebox.  Simply pick up the phone and record your yodel to be in with a chance to win a week’s summer holiday to Mayrhofen (including halfboard, flights and transfers) in 2013.  Don’t worry if you don’t know how to yodel – professional yodel instructor, Paul Heis, is on hand to give you a few tips.

The area in front of Trinity House has been converted into an atmospheric Alpine Hut.  The bar is serving everyone’s favourite Tirolean tipples as well as mouthwatering apple strudel and other regional alpine delicacies so come and whet your appetite for the season ahead. 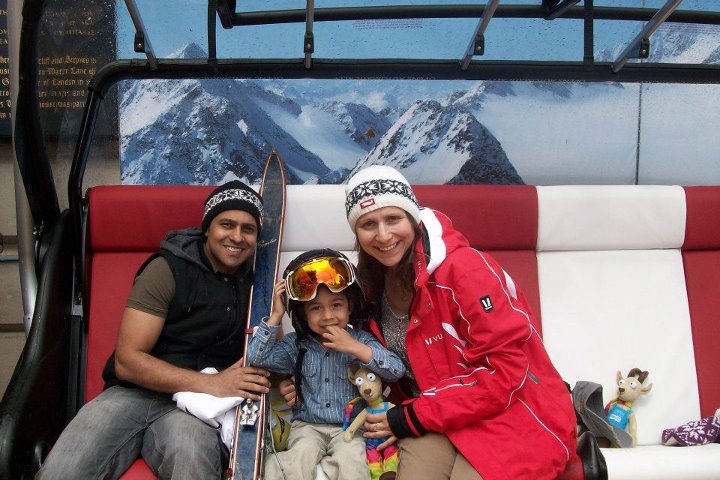 The photo chairlift (where you can get a photo taken with the mountainous backdrop), the yodelling telephone box, and the ski-race podium stage (a Tirolean twist on the Victorian head-through-the-photo-board) will be constant features throughout.

Austria House is open to the public daily from 10am until 10pm daily until 12 August.  Be sure to visit to get in the Alpine mood ahead of the season!  Lap up the Olympic atmosphere and the Tirolean gemütlichkeit, and make the most of the sunny weather and Tirol deckchairs in Trinity Square Gardens overlooking the Tower of London.  Just close your eyes, listen to the alpine music and transport yourself to a sunny mountain terrace…

Win a holiday to Austria