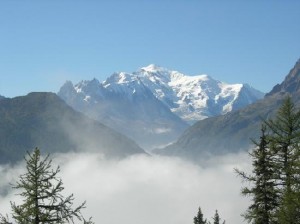 Prince Beatrice and five friends have arrived in Chamonix, where they are preparing to climb Mont Blanc this week for charity.

Princess Beatrice, daughter of Prince Andrew and Sarah Ferguson, is attempting to climb the highest peak in Western Europe together with Holly and Sam Branson, Isabella Calthorpe, Philip Nevin and Sam Richardson.

They are being joined by Sir Richard Branson, founder of the Virgin Group and father of Holly and Sam, as they attempt to reach the 4,810-metre summit.  Sir Ricard considers himself their lucky mascot! 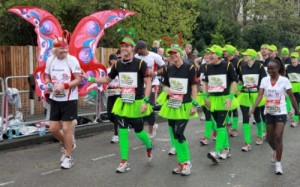 He blogged yesterday: “Six of the team doing the climb were all part of the giant caterpillar that broke a world record in the London Marathon in 2010 – when I was the honorary butterfly. On this occasion they are bringing me along as honorary mascot, as I have done a lot of challenges in my lifetime and somehow survived them all!  I’m greatly honoured that my kids and their friends would invite me along.”

The young group first came together for the 2010 Marathon to raise money for a variety of charitable projects, and they have since launched the Big Change Charitable Trust – a charity to help young people in inner city communities – formed in response to last year’s riots.  They work in partnership with projects throughout the UK, hoping to inspire and encourage youngsters to be the very best they can be.  The Big Change has already been involved in several campaigns, including CABNAB, discouraging knife crime and gang culture; and Only Connect crime prevention group in London. 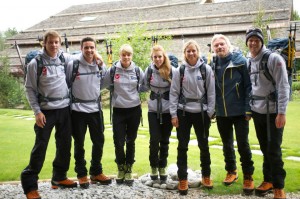 The royal team – ready to climb

Each of the team members have undergone months of rigorous training in the run-up to this challenge.  They are now spending some time acclimatising to the conditions prior to their summit attempt in the next few days.

“None of us have climbed any mountains so each of us is fortunate enough to have a guide coming with us” commented Branson, while earlier this week Holly Branson was reported in the London Evening Standard as saying “We’ve all got a little bit of butterflies but we’re all looking forward to it.”

You can find out more about the Big Change Charitable Trust here or on their website, where you can also sponsor them.