One hundred not out… and still skiing! 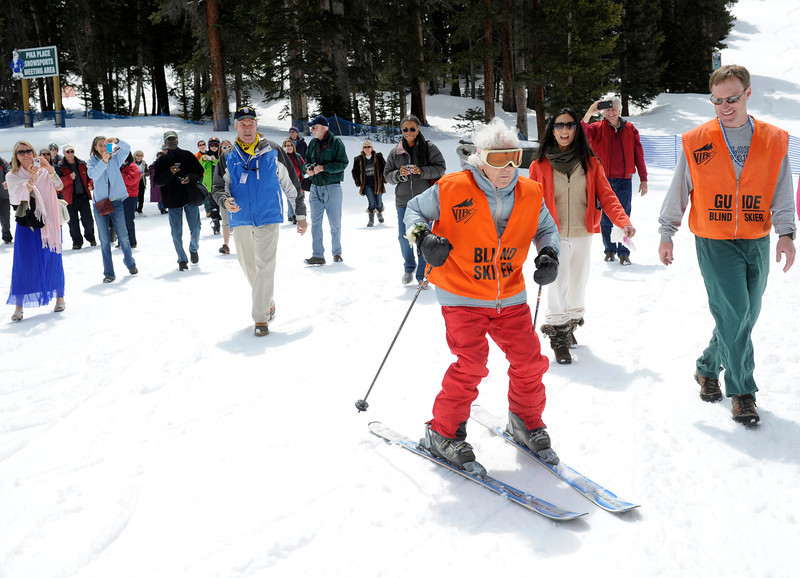 When Elsa Bailey skied on her 90th birthday, she vowed she’d return 10 years on.

True to her word, she has now celebrated her 100th birthday on skis at Arapahoe Basin in Colorado.

She actually spent her birthday dancing!

Then, on the first day of her 101st year, she donned her skis and did some turns, much to the delight of family, friends and onlookers.

Elsa has always led an adventurous life.  She has skied for 75 years and tried out  all manner of other sports on various continents, from white-water rafting to scuba-diving.  Just last autumn she visited Brazil alone and stopped off en route home to Florida’s Disneyworld, where she rode the Space Mountain roller coaster five times!

These feats are all the more remarkable given that Elsa is registered blind.

Her mantra, according to the Denver Post which reported the story here, is “Just keep plugging, and you’ll make it.”

At the weekend, at the start of her second century, she finally hung up her skis!

Her achievement reminds us of the retired Japanese office worker, Tamae Watanabe, who last year stunned the mountaineering world by summiting Everest at the age of 73 – setting a new world record for the oldest woman ever to reach the 8848-metre peak, as we reported in a previous story here.

The oldest person ever to climb Everest is Min Bahadur Sherchan from Nepal, in 2008, at the ripe old age of 76.