Monarch’s new Munich route just in time for the Oktoberfest 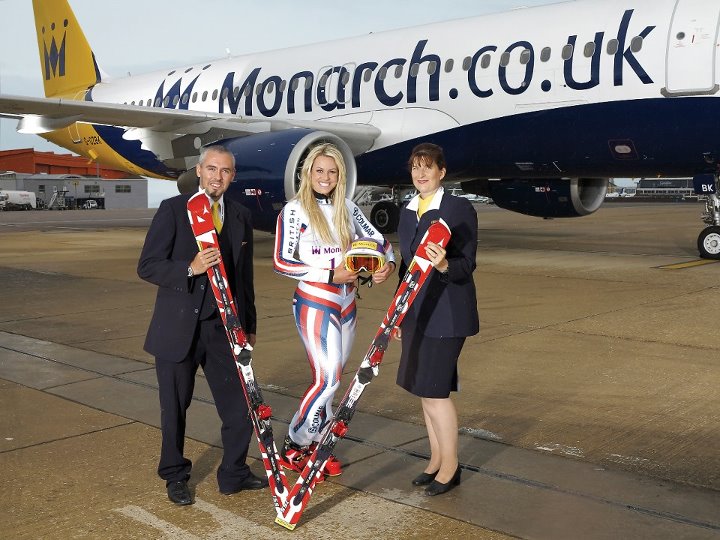 Today marks the start of Monarch’s new London Luton-Munich route, just in time for the Oktoberfest – the world’s biggest festival – which begins tomorrow.

Not many people realise how family-friendly this traditional beer-drinking festival is.  You can find out more about this year’s event and all the kiddie attractions by clicking here.

Monarch’s new Munich route is one of six new ski flights that Monarch is introducing this season from regional airports around the UK.  These new scheduled ski routes provide easy access to many of Europe’s best winter resorts via Grenoble (France), Innsbruck (Austria), Friedrichshafen and Munich (Germany).

Monarch have also recruited Britain’s top downhill skier Chemmy Alcott as the brand ambassador for the new routes.  Monarch’s MD, Kevin George said of the appointment: “We are proud to have Chemmy Alcott associated with Monarch… Chemmy will inspire both experienced and novice skiers to take to the slopes.”

Chemmy is currently planning her return to ski-racing following a serious accident sustained whilst preparing for the World Cup in Canada in 2010.  She is currently training for the forthcoming World Championships in Schladming.  She is excited to be brand ambassador for the airline:

“Having fought so hard to come back to the sport I love, I will be forever thankful to Monarch for their support and backing to help me achieve my dream of British Winter glory for the Winter Olympics in Sochi 2014” she said.

Cheap kids’ snow gear… for this weekend only