This week FamilySkiNews attended the first ever LISTEX (London International Ski Travel Exchange) – a two-day business-to-business trade event specifically for the UK snowsports market, which took place on the banks of the River Thames at the London Rowing Club in Putney – a kind of ‘speed dating for the ski trade’! 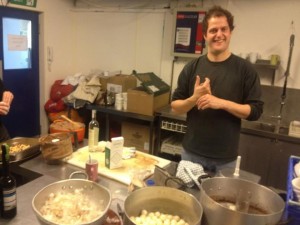 For FamilySkiNews, it was an excellent networking event.  We also attended some of the ski forums, which included sustainability in skiing and travel technology.

The Ski Club of Great Britain presented their Annual Snowsports Analysis at LISTEX in conjunction with Snowsport England.

It raised some interesting statistics:

–         that although the 2011/12 season showed a decline in bookings for the 4th year in a row, it was the smallest percentage drop in the last 7 seasons (of just 1.5% compared with a decline of 12% the previous season).  This was put down mainly to the ongoing economic uncertainty, combined with more favourable holiday dates and good snow conditions in Europe boosting end-of-season statistics.

–         that Austria showed a 2% year-on-year growth and Italy 1%, while North America showed a 1% decline (largely due to the relative expense of travelling trans-Atlantic, plus poor snow conditions last season) and Switzerland 2% (due mainly to the poor exchange rate and the resulting higher costs). 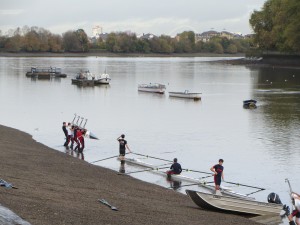 A buoyant mood prevailed at LISTEX 2012, held
at the London Rowing Club on the Thames

The mood was generally upbeat at LISTEX regarding the forthcoming season: bookings are looking healthy, and already well-sold for Christmas and New Year; there’s plenty of snow already (although this is unlikely to remain); sterling is improving against the Euro; and the excellent snow of last season is likely to inspire people to book this year.

Tour operators are responding to the market needs and continuing to add value, through an increased number of all-inclusive packages and special deals on lift passes and ski hire, in an attempt to keep skiing affordable.

Tomorrow, we’re off to the Ski & Snowboard Show at Earls Court in London for some more ski news and action!  If you’re coming to the show too, do look out for us and come and say ‘hello’!