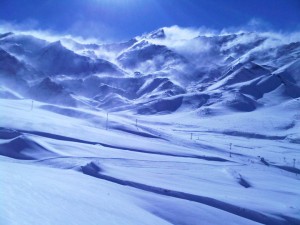 The Argentinian resort  of Las Leñas has once again been voted “Best Ski Resort in the Southern Hemisphere” by over 14,000 ski fans and readers of the leading Brazilian tourism magazine Viagem.

The resort is currently gearing up for a new ski season with lots of snow, and a brand new ski lift.  It opens on 20 June.

Las Leñas is one of eight ski resorts in Argentina.  Situated at the heart of the Andes mountain range, it is famed for its long ski season (from June to October) and its exceptional powder snow. 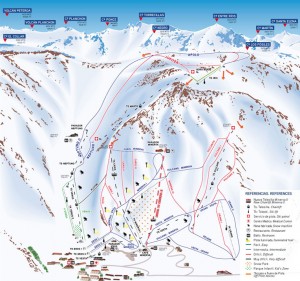 The resort is 2,240m in altitude, with its summit at 3,430m.  It has a ski area of 17,500 hectares, 14 lifts (including a ski carpet for beginners) and thirty runs suitable for all standards.  The new 4-seater lift – TS Minerva – will have the capacity to carry 2,100 people per hour, providing speedy access to the busiest area of the mountain.

Although not the largest ski area in Argentina, Las Leñas is the highest, with the biggest skiable vertical drop.  It is also considered to be the best resort for children and beginners. 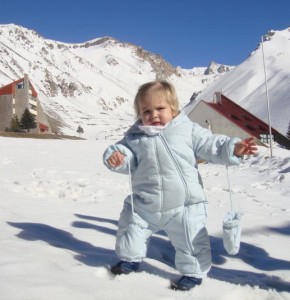 Baby Lenas… it’s never too young to enjoy the snow!

The Snow Park is a superb place for your teenager kids to hang out and to perfect their tricks.  It offers a variety of different modules for every level: jumps, ramps, slopes, boxes, rails, half pipes, quarter pipes, ski-cross and bumps… with plenty of beginner modules too.

After dark, this season, Las Leñas will be offering night skiing, with 2,000m of illuminated pistes, on Saturdays and Wednesdays. It is the only ski resort in South America to offer night skiing.   For kids in the Olimpos skiing groups, there is also a chance on Thursday evenings to do a night-time run wearing helmets with flashlights on.  For special events and celebrations the resort also puts on a Torch Parade, where ski instructors ski down the slopes after dark, using torches to form clever images and effects – a great spectacle for all the family.

The Argentinian resort is forecast to receive up to a metre of snow over the next few days before its opening on 20 June.  Heavy snow is also expected in Chile’s Portillo and the Three Valleys (Valle Nevado, El Colorado and La Parva) ski areas. 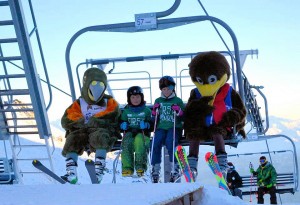 The first lift of the season at The Remarkables

Other ski resorts in the southern hemisphere have already enjoyed a successful start to winter.  Most of the resorts down under are now open, with Australia’s Perisher even opening one week early.  The Remarkables in New Zealand opened today, with crisp dry snow conditions and cloudless blue skies.  Cardrona and Treble Cone are scheduled to open later this month.