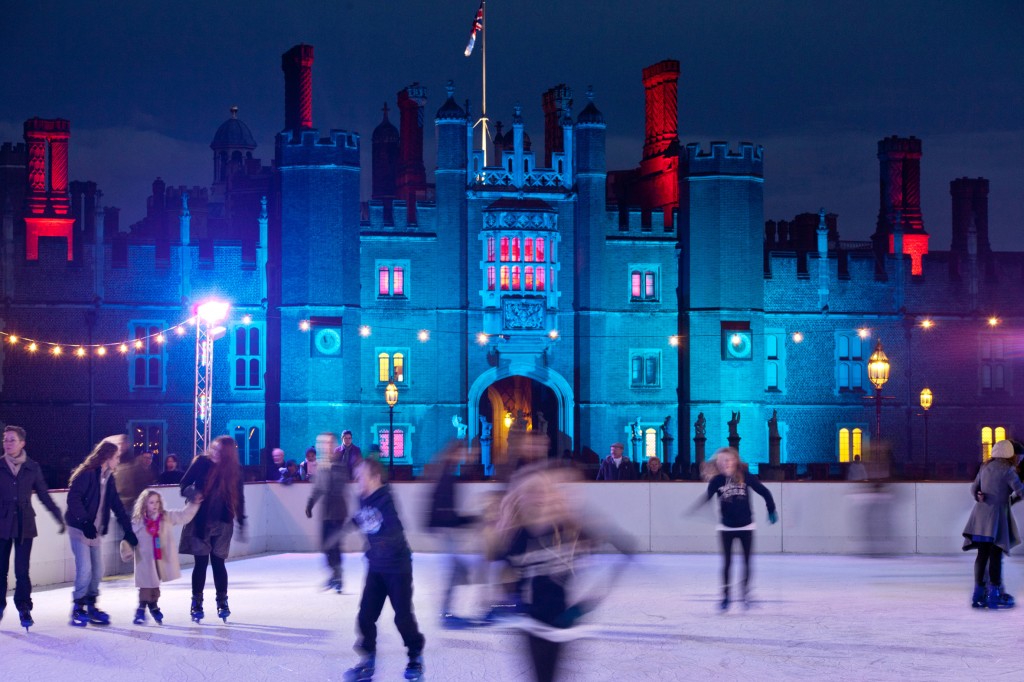 Now that the ski season is starting, what better Christmas treat could there be – for those of us not in the Alps yet – than to take the kids ice skating at the weekend, or even one evening after school? 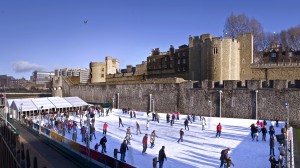 Skating at the Tower of London

Further afield, there’s a rink in Princes Street Gardens in Edinburgh (29 November-4 January); in Winchester’s Cathedral close in Hampshire (22 November-6 January); and an indoor rink at the Eden Project in Cornwall (open now until 3 March), with special parent and toddler and chilly junior sessions.

It’s huge fun and a real treat for all the family, even if you just manage a few laps!

Be sure to allow enough time afterwards for a hot chocolate for the kids and a glass (or two) of glühwein for you to drink a toast to your forthcoming family ski holiday!

Somerset House in London has possibly the best known ice-rink in the UK.  Here’s a taster of what’s on offer there:

….plus a short film of the indoor rink at the Eden project to help get you in the festive mood:

Get fit for skiing

A spot of off-piste