Get fit for skiing 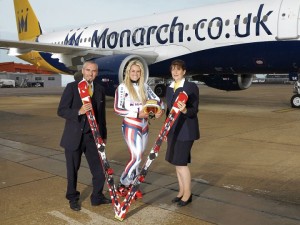 Britain’s top skier Chemmy Alcott is backing a campaign to get people fit before they hit the slopes this winter.

The new ‘Get Fit for Ski’ initiative has been launched by ABTA (the Association of British Travel Agents) and the Foreign & Commonwealth Office to help people prepare for their holidays on the slopes.

Their research shows that a third of winter sports novices are at risk of injury by doing no physical preparation before their ski or snowboarding trip.  Chemmy, in her new role as the Monarch brand ambassador for the airline’s new winter ski routes, is also supporting the campaign.

Alcott commented: “There is no beating around the bush – skiing is a dangerous sport. But there is lots that can be done to prevent injury as much as possible.  First and foremost you can get in shape before you hit the slopes.  This will result in a double whammy positive – your body will be better prepared to handle the physical excursions of skiing, and you will be able to ski longer for harder thus getting more value for money.” 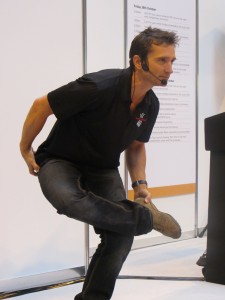 FamilySkiNews.com recently picked up some excellent ski/snowboard fitness tips which are fun for all the family from former British downhill ski racer and presenter of the BBC’s Ski Sunday, Graham Bell.   You can check out some of his suggestions in our Top Family Fitness Tips here.

Further analysis of the ABTA statistics shows a greater risk of serious head injury by not wearing a helmet.  Our Helmet Safety feature covers the pros and cons of helmet wearing and the advantages and disadvantages of renting or buying, as well as how to fit a helmet correctly.

FCO spokeswoman Lynda St Cooke said: “We strongly advise anyone going on a winter sports holiday to ensure their travel insurance policy covers them for all winter sports activities.”

She continued: “It’s important to have an up to date EHIC card as well as comprehensive travel insurance and to read the small print, as most insurance policies will not cover you if, for example, you ski off-piste or have an accident under the influence of alcohol.”

You can find out more information on travel insurance and preparing for a holiday abroad at the Foreign & Commonwealth Office here.

Also, if you book your winter sports insurance through ERV here, you will receive a 10% discount by quoting the code FAMILYSKI10.

Beanies – THE must-have accessory this season