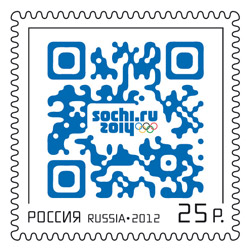 With less than 500 days until the start of the Winter Olympics, Sochi 2014 has launched an innovative new stamp to commemorate the games.

It is the first time in the history of the Olympic Movement, that a stamp has been produced which incorporates a special ‘Quick Response’ QR-code.

“We have taken a step into the future with the launch of Sochi 2014 stamp with QR code incorporated, which is the first of its kind both in the history of Russia and the Olympic Movement,” said Dmitry Chernyshenko, President and Chief Executive of Sochi 2014.

Stamps are not new to the Olympics however.  The first ones were produced in the 1896 Athens Olympics, based on ancient Greek art and architecture accociated with the Games. 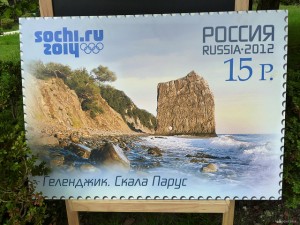 The Soviet Union produced its first Olympic stamps in 1960.

The QR-stamp is just the latest in a series of stamps produced for the Sochi 2014 Winter Olympic Games. The collection will include Russian Olympic venues, local beauty sports and sporting activities – including ski jumping, short track and cross-country skiing. 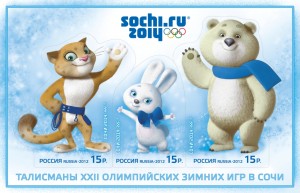 The Sochi Olympic and Paralympic mascots also feature.  The mascots were chosen following a vote in February 2011 in which 1.4 million people took part, as FamilySkiNews.com featured here.

You can currently order the unique QR-stamp in the collection by clicking here.  Alongside the growing range of Sochi memorabilia, which currently includes mascots, commemorative coins and 3D credit cards, it promises to be a highly sought-after Olympic souvenir.

Autumn walking in the Tirol