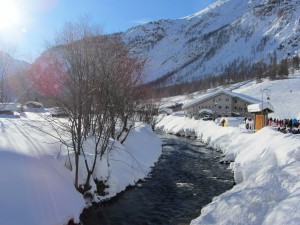 Snow in the valley at La Daille, Val d'Isere

Following last week’s massive snowstorm – one of the largest snowstorms in the Alps in a decade – Mother Nature has finally coated the mountains in the thickest white blanket of snow seen in the Alps for many years.  What’s more, the slopes are also deep with holiday deals.

January is always a good month for picking up a bargain. Admittedly, some of the best offers were snapped up last week, as reports of up to 4 metres of snow were reported in Europe. Nonetheless, there remains an unusual amount of cheap skiing available, including some tempting last-minute deals – even during weeks normally among the most expensive in the season, such as the February half term.

Unless otherwise stated, prices quoted below are per person, (subject to availability and change), based on 2 sharing, and include flights from Gatwick and transfers. Ask the operator about regional departure options.

Bear in mind that really deep price cuts tend to appear just two or three weeks before the departure date so keep checking back here for some of the latest offers. Also, now is a great time to be booking in Europe as the pound buys 1.2 Euros – the best rate since November 2008.

If your children no longer need a kids’ club or nursery, there are heaps of bargains. Here are some suggestions for starters (more to follow soon!):

Pierre & Vacances have slashed prices in their self-catering ski apartments by up to 30%, including half-term and Easter weeks.  There’s 20% off Le Quartz Residence in Belle Plagne, France, for Half term (€1176 for a one bedroom apartment, sleeps 4) in the week commencing 11 February.  http://www.pv-holidays.com/gb-en/ski-deals/february-half-term-ski-offers_os.

And there’s 35% off the Premium Arc 1950 Residence in Les Arcs, France (€1848 for a one-bedroom apartment, sleeps 4) for the Easter week, commencing 8 April, again with Pierre & Vacances.  http://www.pv-holidays.com/gb-en/ski-deals/february-half-term-ski-offers_os. 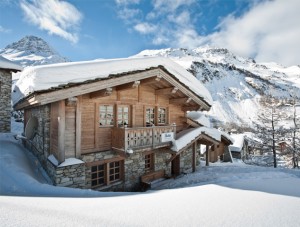 For luxury on the cheap, chalet specialist Ski-Val has a new ‘buy one, get one half price’ offer at the fully-catered Chalet Arabella in Val d’Isere, saving £544.50 on each of its 5 twin rooms  for the week starting 25 February, with a further €113 saving on pre-booked lift passes. The first person in each room pays £1,089 while the second is half price at £544.50; the first skier’s six-day Espace Killy lift pass costs €226, with the second at just €113.  www.skival.co.uk.

Commodores Inn in the picture-postcard resort of Stowe in Vermont, USA, is offering 25% off your stay (subject to availability) from now until the end of March 2012. www.commodoresinn.com/. 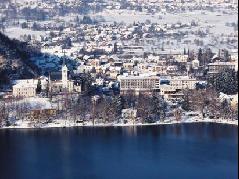 Crystal are offering accommodation in their Grand Bois self-catering apartments in La Tania, France, from £175 per adult, for the week commencing 14 January. Or stay in Hotel Jelovica in Bled, Slovenia for £242 per adult (based on 4 sharing), also departing 14 January. Also with Crystal, consider a week at the Beaver Run Resort in Breckenridge, USA, with accommodation from £593 per adult (based on 4 sharing) departing 18 January. www.crystalski.com. If you need childcare, Esprit and Mark Warner have some of the best deals around currently:

Esprit has a choice of family packages available for £999 (family of 4) to La Plagne, Les Gets or La Rosière in France; Selva in Italy; and Saas Fee in Switzerland, all departing 15 January.  For 22 January departures, there are spaces in Alp d’Huez or Tignes in France, again with Esprit, for £1499 (family of 4) – this price may come down in price if you’re prepared to take a chance and wait until early next week. www.espritski.com. 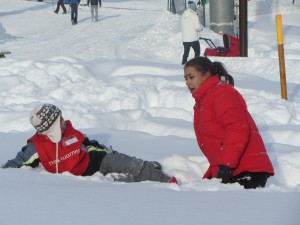 Two days till the first ever Winter Youth Olympic Games