Top airlines for taking your own skis or snowboards

The website My Late Deals has researched 19 airline baggage policies to find the cheapest airlines for ski carriage – those which carry your equipment for free; those that take it out of your baggage allowance; and those that charge and their various restrictions.

Top spot went to Swiss Airlines.  They allow passengers to carry their ski or snowboard equipment for free. What’s more, they don’t take it out of your baggage allowance and there is no need to pre-book.

In second place, Eurowings are hot on the heels of Swiss Airlines. They also allow passengers to bring their equipment for free and don’t take it out of your baggage allowance. The only difference is that, although you are not required to pre book, it is strongly recommended that you do pre book with Eurowings as carriage is dependent on availability.

The following airlines don’t charge but take it out of your baggage allowance. (Note – you may end up having to pay for extra luggage for your other kit): 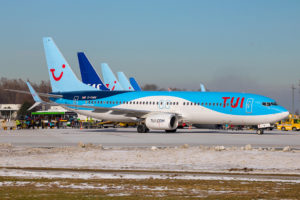 The majority of airlines don’t require pre-booking but there are a few that do require advance notice.

It’s also strongly advised to pre-book on Eurowings, Lufthansa and Wizzair as it might not be guaranteed.

Finnair also require travellers to pre-book if travelling in a group of ten or more people who will be taking ski/snowboard equipment.

The research undertaken by My Late Deals also shows that booking ski carriage in advance will not only save time at the airport but will also save you money with the majority of airlines. For example, Aer Lingus charge a €40 fee prior to departure or a fee of €50 payable through the Aer Lingus reservations centre at the airport on the day of departure.

The most expensive airline for short-haul ski carriage is Ryanair, which charges £45.00 per passenger, per direction when booked in advance.

The following airlines charge for skis. The fee shown is per passenger, per direction, booked in advance:

Happy Valentines Day to all skiers and boarders