No Slopestyle medal for Woodsy 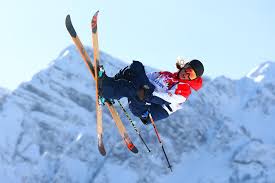 James ‘Woodsy’ Woods went to Sochi as one of Britain’s top medal hopefuls.

He was hoping to follow in Jenny Jones’ footsteps and get a place on the podium at the Olympic Games.

Today, however, he finished in 5th place.

After the first round of the final he was lying 4th, but dropped to 5th in the second run, unable to improve on his first round score.  He was carrying a hip injury that he’d sustained during training last Friday.

Pat Sharples, head coach of the ski freestyle team commented on his condition on Monday on BBC Radio 5 Live: “Woodsy’s one of the world’s best, without a doubt.  He did take a bad crash a couple of days ago in training so he’s not feeling 100%”.

He continued: “We’re doing everything we can to try and get him 100% for training in a couple of days.”

One of his team-mates, fellow ski slopestyler Katie Summerhayes thought the injury may have had a major effect on his performance: “He gave it everything he had and but for the injury he would have been up there on the podium” she remarked, adding “The standard has been insane today, possibly the best standard I have ever seen and definitely the most exciting.” 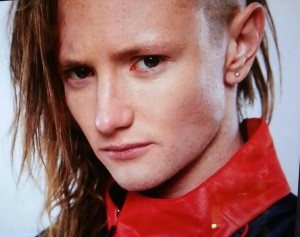 He put on a brave face, saying: “Fifth in the Olympics, with four of my best mates in front of me, it is great.  I think as a whole we put on an incredible show.  I’m a bit sore but ultimately very, very happy and proud to have been representing Great Britain in such an incredible event.”

At the weekend Jenny Jones won Britain’s first Olympic medal on snow – a bronze medal in the snowboard slopestyle – as we reported here.

Other members of the GB Freestyle team were among the brightest medal prospects, including Billy Morgan, Katie Summerhayes and Aimee Fuller.  Expectations were high, following Jenny’s victory on Sunday.  Sadly they will come home empty-handed (although Aimee Fuller has discovered a new talent… as a commentator!)

Eighteen-year-old Katie Summerhayes did particularly well to make it through to the finals in her first ever Olympics.  She was the third best qualifier.  However she fell on her first run and looked anxious on her second run.  Woodsy and Jenny Jones were in the crowd cheering her on.  She came a very respectable 7th in the Ladies’ Ski Slopestyle.

A young team, they have all put in some amazing performances at the Games and are already looking ahead to the next Olympics.  As Katie summed up: “We want to use this first Olympics to get experience but we are all hoping 2018 will be our time.”

How about a KAGGS trip to Courchevel?