Britain’s Rowan Cheshire has been ruled out of competing at the Sochi Olympics following a fall in training on Sunday.

The 18-year-old halfpipe skier suffered concussion after a fall in training on Sunday.  She was due to compete on Thursday. 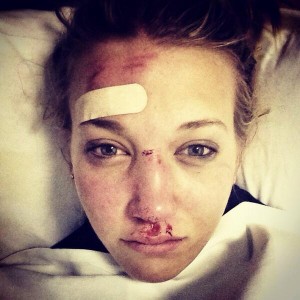 Elliott said: “With a concussion injury there needs to be a rest period followed by a graduated return to play phase. The time scale is unfortunately too tight for Rowan.”

Sharples added: “We are relieved that Rowan is on the mend but naturally upset for her that she won’t be able to compete in Sochi. She is only 18 years old, however, and has a bright future ahead of her. I have no doubt she will back in four years’ time more determined than ever.”

Here at FamilySkiNews, we all wish you a speedy recovery, Rowan!

Vanessa Mae skis at the Olympics