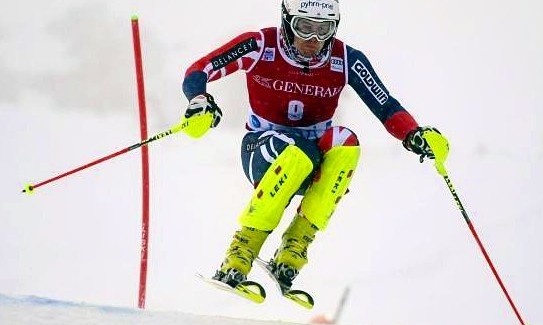 Dave Ryding had us all holding our breath for the first Slalom of the FIS World Cup series in Levi today… our editor, Teresa Fisher, reports… 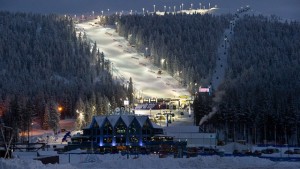 Britain’s number one male skier, Dave Ryding, was convincingly in the lead, with just half a run to go to win the first slalom of the 2018/19 season in the Finnish resort of Levi this afternoon, when he made a mistake and missed a gate.

He had led second-place German skier, Felix Neureuther by 0.14 seconds after the opening leg and stretched his advantage to 0.51 in the final run before the mistake threw him off course.  Had he won, he would have been the first British skier to win a race in the 50-year-history of the Alpine skiing World Cup.  Gutting!

Nonetheless, it would seem there’s something about this Lapland resort for Dave – he won his first ever World Cup points here – also in the opening slalom race of the season – back in November 2012, when he finished 26th.  And he’s certainly started this season in Levi looking very sharp. 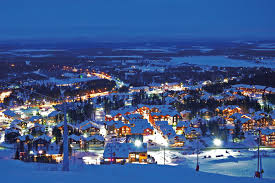 The Finnish resort of Levi

To date, he’s had just one World Cup podium finish – that was in January 2017, when he broke a British record in the Hahnenkamm slalom at Kitzbuehel, beaten only by Austrian Marcel Hirscher.  The only other man in British skiing history to achieve a World Cup podium place was Konrad Bartelski, who finished second in the Val Gardena downhill in 1981.

Ryding has competed in two Winter Olympic Games, finishing 17th in the slalom in Sochi, and achieved his highest World Championship placing earlier this year, when he came 11th.  At the end of last season, Ryding was eighth in the World Cup slalom classification.

Surely this has to be his season?  Today was certainly a cracking start and, with just 88 days until the Winter Olympics, no-one can deny – despite all the frustrations of today’s performance, so near and yet so far – it’s looking pretty promising for Dave Ryding.