As the largest ever Winter Paralympics get underway in freezing conditions in PyeongChang, South Korea, here at FamilySkiNews.com, we’re taking a closer look at some of the British medal hopefuls…

There will be a record number of athletes too –  567 athletes will compete over the nine days of competition.  TeamGB has 17 athletes, the biggest representation since Turin in 2006.  They have a ‘minimum expectation’ of winning seven medals, though it could be as many as 12. 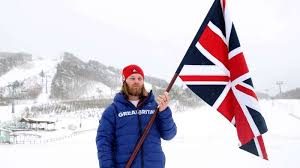 Snowboarder Owen Pick led the British team into the arena as Team GB’s flagbearer.  Pick, 26, is making his first appearance at an Olympics, having lost his leg aged 18 while serving with the British Army in Afghanistan.

“To represent my country under the same flag as I fought under is huge for me,” he said.

He is one of the medal hopefuls, having won silver at last year’s World Championships.

Owen Pick, Ben Moore and James Barnes-Miller will become the first athletes to represent Britain in snowboarding at a Paralympic Games.   Britain will also be represented in Para-Nordic skiing for the first time since Terry Ahrens in the Nagano 1998 Games. 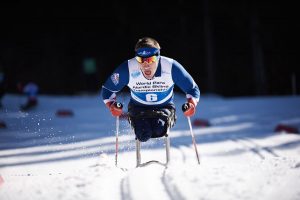 Scott Meenagh was previously part of the GB para-rowing squad, just missing out on a place in the team for the Rio Games. The Invictus Games rowing champion of 2016, he was inspired to try para-Nordic following Sochi 2014.  A former member of the elite 2nd Battalion Parachute Regiment, Scott lost both legs when he stepped on an IED while serving in Afghanistan.

In the curling, four of the five wheelchair curlers who won a medal at Sochi in 2014 will be back on the ice.  Glaswegian, Angie Malone is already a double medallist in the sport.  This will be her fourth Games.

At Sochi in 2014, Millie Knight became the youngest ParalympicsGB competitor ever to compete at a Winter Games, aged just 15.   She only took up alpine skiing in 2006 while on holiday, just as her vision started to deteriorate.  This games she is a medal hopeful in the downhill, with her guide Brett Wild.

Also in with a medal shout are Menna Fitzpatrick and her guide Jennifer Kehoe.  The pair became the first British skiers to win the overall World Cup visually impaired title in 2016.

Good luck to all the ParalympicsGB team!  We will be cheering you on.