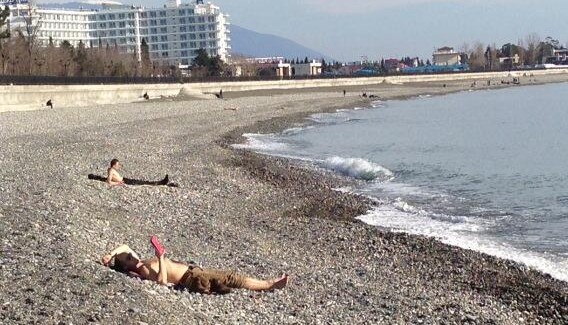 Sochi has enjoyed plenty of blue sky days, but the mild temperatures are causing problems for some of the snowsport events in Sochi.

Today’s Mens’ Super G had to be brought forward by one hour due to concerns over the snow turning slushy and soft on the downhill track.

After the men’s downhill last week, American legend Bode Miller claimed the softer snow had cost him a place on the podium.

In the Ski Slopestyle last Friday, US rider Bobby Brown was wearing just a T-shirt for his runs.  Temperatures were as high as 12°C. 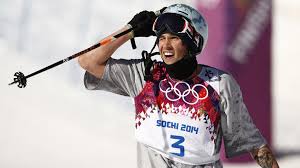 Bobby Brown sheds clothing during the Men’s Ski Slopestyle, and competes in a T-shirt due to rising temperatures

Perhaps the most striking effect of the warm temperatures was during the snowboard halfpipe, where many athletes complained.  Former gold medallist, Shaun White, found it hard to generate and maintain any speed, describing the bottom of the pipe as “sand and mush”.  Part of the event had to be delayed until later in the day when the temperatures were colder, due to the poor condition of the pipe.

The forecast is set to remain warm over the next few days, with no sign of fresh snow.  Athletes compare the conditions to a warm spring day in the Alps rather than February in a Russian mountain range!  Of course, Sochi is known as a summer seaside resort and people have been sitting on the beach sunbathing this week in temperatures as high as 20°C, while Olympic athletes have been pursuing their snow and ice sports in the mountains near by!