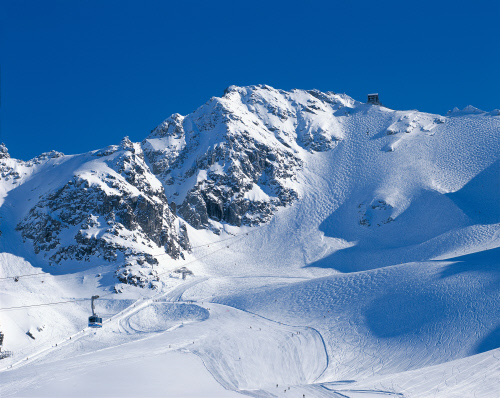 We announced yesterday that Verbier was considering reopening some of its lifts for one day this Saturday 1 June for the weekend in our story Verbier may reopen!

However, due to a bad weather forecast, they left the decision until the very last minute (0830 this morning) to make their decision.

Here’s a translation of the message they put on Facebook announcing their final decision:

“Deception: bad weather, not opening Saturday!
Our disappointment is as great as yours. We waited until the last moment to decide, but it would not be possible to go against the weather. We were ready and our teams were motivated as ever to rise to the challenge. But this would not be possible…

MeteoSwiss and Meteonews, both sites to whom we usually trust, announce snow or rain up to 2’150 m above sea level. Weather Blu is a little better, announcing a slight improvement for one hour between noon and 9 p.m., with the rising temperatures above all. Even if visibility is acceptable, the snow would be very heavy. And it would be the same for Sunday.

Your enthusiasm and exceptional support lead us to not to give up permanently…. We thank for your unconditional support, and you promise to do everything to satisfy your passion for skiing.”

The entire episode was conducted through Facebook, as you can read in our earlier story here.  The resort asked for 1,000 ‘likes’ in order to justify opening some runs.  We are now wondering whether the entire thing was a marketing stunt.  It certainly got them thousands more followers, for now at least.  It will be interesting to see how many people subsequently ‘unlike’ their site!

In the meantime, Verbier has announced on Facebook that they are now considering opening the Mont Fort slopes later in the ‘summer season’, if temperatures remain cold and the snow remains in decent quantity.  This is not as surprising as it may at first seem – summer skiing was enjoyed on Montfort until the mid-nineties.

That said, we’re not entirely sure we believe them!!